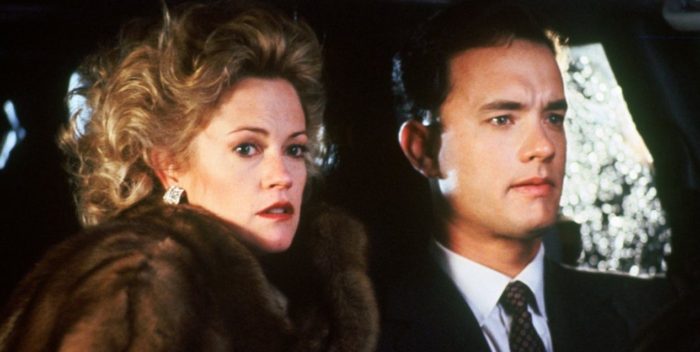 The great Tom Wolfe is now 85 years old, very much alive and kicking on Manhattan’s Upper East Side. The highly influential writer and author of bestsellers like “The Right Stuff,” “The Electric Kool Aid Acid Test,” “Radical Chic,” and “The Kandy-Kolored Tangerine-Flake Streamline Baby” is considered the inventor of New Journalism. Anyone writing today has been influenced by him.

All that said, you’d think someone from Warner Bros. or Amazon would have told Wolfe that his most famous book, “The Bonfire of the Vanities,” was being made into a mini series for Jeff Bezos’s company. Last week there was an announcement in one of the Hollywood trades that “Bonfire” was going to be produced by TV maven Chuck Lorre, whose hits include “Three and a Half Men” and “The Big Bang Theory.”

But when I called Wolfe last week, his wife Sheila said she hadn’t heard a word about and neither had Tom. “It must have been optioned,” Mrs. Wolfe told me. “But no one’s said a word.”

The famed tale of socialite bond trader Sherman McCoy and his adventures in the Bronx was a massive bestseller when it was published in 1988. Two years later it was made into a very bad movie by Brian DePalma starring Tom Hanks, Melanie Griffith and Bruce Willis. Michael Cristofer wrote the screenplay. The “Bonfire” movie — a Guber-Peters productions– was universally panned and it bombed at the box office. Julie Salaman of the Wall Street Journal even wrote a book about the whole fiasco.

Over the years there had been talk of trying to remake the movie properly, but nothing ever materialized. Now Lorre has hired TV writer Margaret Nagle to turn the story into an 8 part mini series. But really, maybe someone should have asked Wolfe how he felt considering he created the story, wrote the novel invented the whole thing. It’s not based on a real incident. “Bonfire” came from his head. The book satirized New York in the late 80s as money overcame everything, Wall Street roared and people were snorting the white lines on Fifth Avenue until, POW!, the stock market crash of 1987 was a shot heard round the world.

Do TV people seem like the right ones to re-adapt this story? I don’t know. Lorre’s strong suit is sitcoms. As for Wolfe, I guess he’s calling his agents on Monday.

By the way, what was the problem with the movie? Instead of being a drama on the level of “The Night Of” or “The People vs. OJ Simpson,” the filmmakers chose to make a buffoonish comedy. Tom Hanks’ McCoy was secondary to Bruce Willis’s portrayal of an idiotic tabloid journalist based wrongly on the New York Post’s Steve Dunleavy. It was, in a word, a mess.