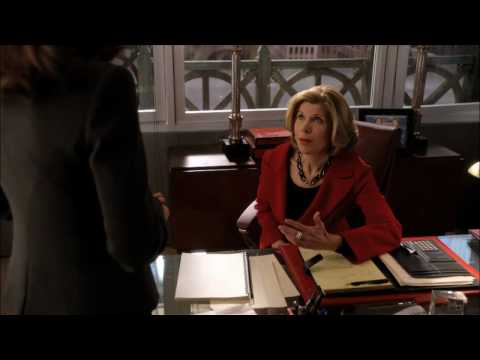 As you no doubt know, “The Good Wife” is coming back. Only, it will have a different title and start on CBS’s digital service– although I have to think that once their shows start failing CBS will put this on the air too.

Now I’m told there are three new roles. Robert will be the name of the head of a Chicago African American law firm. He’s described as a combination of “Little Richard and Chris Rock.” I can’t even imagine what that means. He’s between 40 and 50 and the “life the of the party.”

Then there’s Maia, Diane’s 25 year old goddaughter who’s going to be a younger Julianna Margulies. Maia is the apple of Diane’s eye.

Maia’s dad, Edgar, will also be a recurring guest character. He’s the wealthiest, most successful financial adviser in Chicago. Diane wants his business.

It all sounds good as long it gets Christine Baranski an Emmy award.

So what should they call it? I say call it “The Good Life.” A nice play on “The Good Wife,” and also, please, even on their worst days Robert and Michelle King’s characters have the best lives in the world.