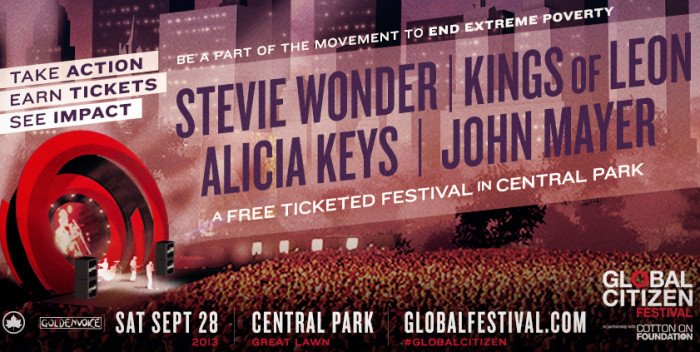 UPDATE Rihanna, Kendrick Lamar, Usher, Selena Gomez, and Metallica have been announced this morning. None of them are asking questions.

EARLIER I’ve been asking for three or four years now, what the heck is this annual Global Citizen concert in Central Park? I’ve never gotten a good answer. Since they started their annual September concert, everyone from Alicia Keys to Stevie Wonder, John Legend and Neil Young have participated, plus dozens of actors and celebrities including Hugh Jackman.

But what is it all about and what’s happening now? Last year the sketchy Global Citizen group announced its acts for the September concert on July 9th.

Well, it’s July 25th and there’s no announcement yet for this September 24th. Maybe all those well meaning rock acts are starting to ask questions. 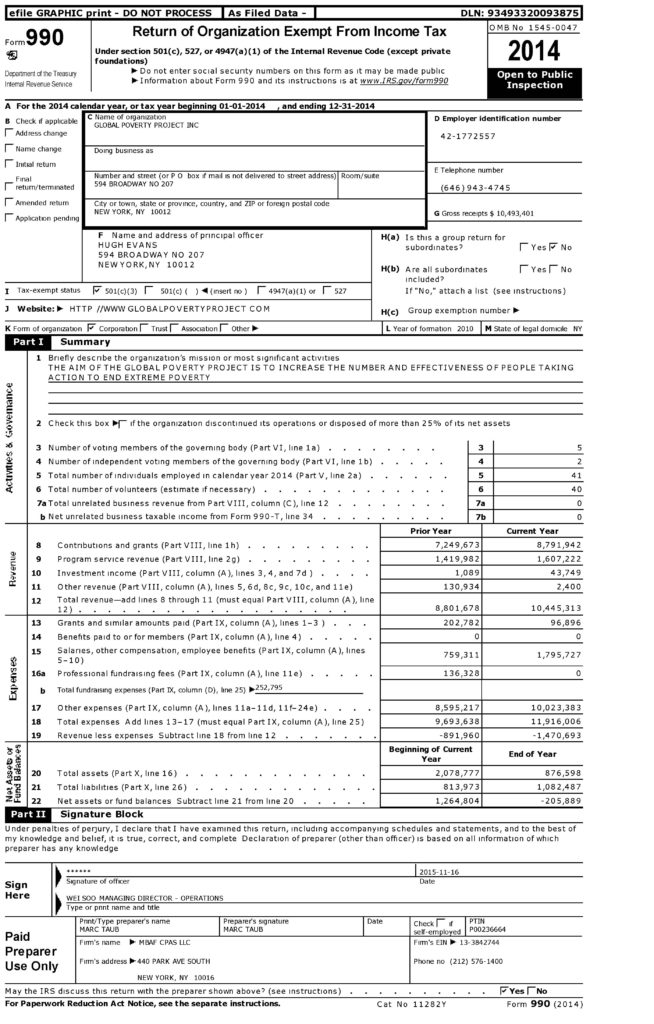 Here’s some news. According to Global Poverty’s Form 990 (that’s what they call their foundation) for 2014, the most recent filing, their Net Assets at the end of 2014 were MINUS $205,889. That’s red ink, in the negative. They had total liabilities of ONE MILLION dollars. Apparently, global poverty starts here.

But who knows what’s really going on? The Global Poverty Form 990 has a lot of miscellaneous charges.

The main thing to know: 2014 total revenue was $10.5 million. Total contributions (donations from sponsors presumably since there’s no other donor breakdown) in 2014 were $8.8 million. (The difference came in investments, etc.)

All that money came in and this is where it went: they say $782,358 went to “increase awareness of Global Poverty.” This isn’t listed under Grants to poor people. The only money Global Poverty gave to any specific charitable organization was $96,896 to Rotary Clubs of America to promote polio awareness.

And an astounding $7.1 million to put on the Central Park Concert in 2014 with Beyonce, Jay Z, and No Doubt. Included in that number is over $2 million paid to outside vendors.

Meanwhile, one officer and two directors of the charity loaned Global Poverty to help put on the 2014 concert. They have not been paid back.

So what is it? Is it just an ego boost to put on a mega concert and talk about the existence of poverty? At best yes. At worst, it’s something else all together. If you could raise $10 million from sponsors, wouldn’t be more worthwhile to give it to poor people instead of paying for a rock concert and all its trimmings?