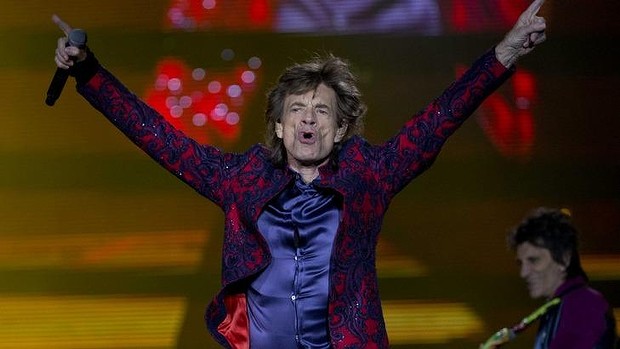 You do know Mick Jagger is a great grandfather. His daughter Jade, whose mom is Bianca Jagger, has a grand child. Jade, who’s 44, has a daughter named Assisi, who’s 24. And Assisi has a baby girl named Ezra, who’s three years old.

No moss grows on these Rolling Stones. The Fertile Jaggers are now expecting a new little one from Great Grandpa Mick’s 29 year old girlfriend, Melanie Hamrick. The baby — Mick’s 8th — will be the great uncle or aunt of Ezra, who will be four years its senior.

I am waiting for photos of Ezra holding her great aunt or uncle in her arms. Cute!

Mick will be 91 when Melanie’s kid graduates high school. Mick will narrowly miss the graduation ceremony after staying up the night before to play the Garden with Keith, Ronnie, and Charlie on the Oxygen Tent tour. He will be accompanied by his three year old twins by Vivienne Jolie-Pitt.