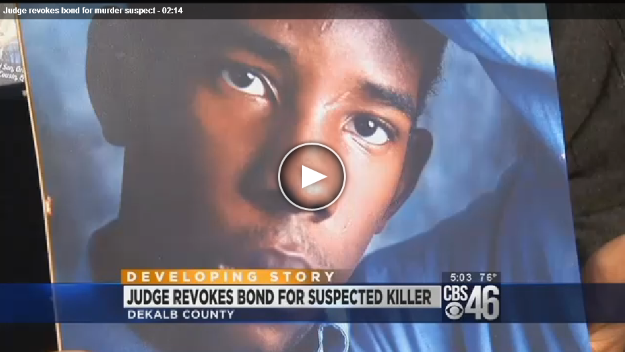 The great R&B singer Luther Ingram sang “If Loving You is Wrong (I Don’t Want to be Right)” and co-wrote the Staples Singers hit “Respect Yourself.” But Ingram– a soft spoken star who died nine years ago– could never have imagined this situation: his nephew, Earl Michael Clemons, a student at DeVry Institute in Decatur, Georgia was murdered in January 2014. His alleged killer has never stood trial, and in Decatur– a leafy suburb of Atlanta– there has never been a single report about what happened.

Earl Michael, 28, was a semester away from graduation, studying Computer Forensics. He aspired to a job with the FBI. After not finishing school in his early 20s, he decided to join his sister in Decatur, at DeVry, where they shared an apartment while he worked toward his degree. He was all the things you might guess: outgoing, friendly, rational, a great young man with a bright future.

But on January 24, 2014 Clemons was allegedly lured to an abandoned construction site by an acquaintance named Andrew Jerome Troutman. Construction workers found Clemons’ body, dead from a brutal multiple stabbing. His alleged killer, Troutman, was arrested six days later, along with his mother– who lied to police and to obstruct his arrest.

What makes Troutman’s situation even more frustrating for Clemons’ parents, they say, is that they have been told he confessed to killing their son back in January 2014. (Peters, in the minute that we spoke, wouldn’t answer my questions.)

Troutman sat in prison until July 2015 until he finally made bail, which had been posted at $100,000. On a $10,000 bond he was set free. In October he was arrested for “simple battery” but that wasn’t enough to revoke his bail.

Troutman remained free until two weeks ago, when he was arrested for allegedly threatening a witness in the case. Now he’s back in jail, with no court date assigned. The prosecutor, Helen Peters, refuses to talk about the case. The judge, Clarence Seeliger, 35 years on the bench, has not returned calls.

Clemons’ parents, William and Michelle Langford– and other people I spoke to at the DeKalb County Courthouse– can’t figure out why Troutman was given a bond in the first place. Judge Seeliger, 70, faces re-election in May, and sources say feel he may be stalling on overseeing a controversial case. But no one really can explain it.

How could this happen in a well to do suburb of Atlanta? For one thing, no one — and I mean absolutely no one reported the murder in the press. Not any local TV, and absolutely not the Atlanta Journal Constitution.

Last week, knowing they wouldn’t get press in Atlanta, the Langfords were wise: they contacted their local CBS TV station in Illinois, which tipped off an Atlanta station. A camera crew arrived at the Decatur courthouse. “We think Judge Seeliger realized the case was finally getting some attention,” the Langfords told me.
| WBTV Charlotte
Will Earl Michael Clemons ever get real justice? Will Andrew Jerome Troutman ever stand trial? In the meantime, take a look at the video clip above, around 1:50, when the seemingly unrepentant Troutman– wearing a three piece suit– appears to be whistling as he’s taken to his jail cell.