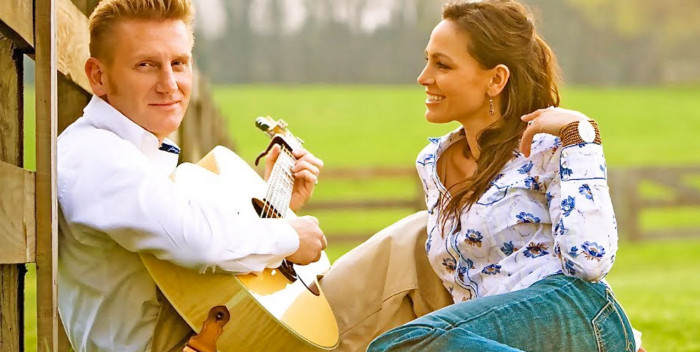 Country and blue grass singer Joey Feek tragically died on March 4th as a result of cervical cancer. Now the final album she made with her husband Rory is number 1. Joey Feek was 40. She was diagnosed two years ago after giving birth to their daughter,Indaina, who has Down Syndrome.

Adele finished at number 2, although Rihanna was number 1 when hitsdailydouble added in her streaming numbers. She only 16,624 phsyical CDs and digital downloads. But streaming got her up to almost 53,000. Music fans dont’ seem to need Rihanna’s “Anti” album in their hands. But she’s getting paid less for the streams. I wonder if she gets that. Tidal, her main “streamer,” is getting the best of her. Justin Bieber is the same position.

Last week’s number 1, Kendrick Lamar, fell 84%. The 1975, a rock group that was number 1 the week prior to Kendrick, fell precipitously again. These albums come in at number 1, a flash in the pan, then drop like rocks. Only Adele remains afloat week after week.