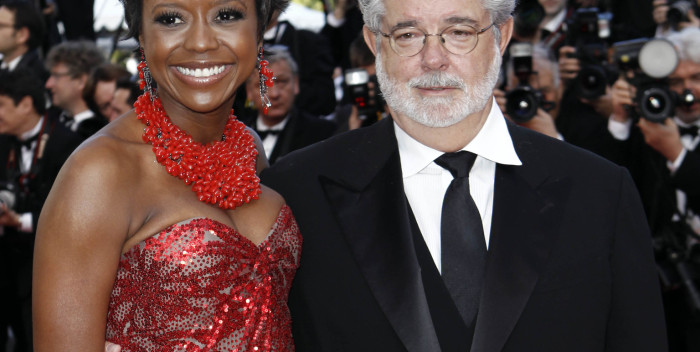 But in the case of “Star Wars” creator George Lucas that practice was changed this year. I’m told that Lucas’s wife, investment guru Mellody Hobson, who’s a financial news contributor to the CBS Morning News, gave  a toast to her husband from the box. According to onlookers, the always impressive Hobson makes a moving speech about Lucas as a parent and father.

“That has never been done or allowed before,” said one observer. “It was very unusual. But of course, Mellody is known to the people at CBS.”

No other family member of inductees like Carole King, Rita Moreno, Cicely Tyson or conductor Seiji Ozawa were invited to speak. The rest of Lucas’s tribute portion is orchestral selections from his movies.

Among the performers for King were Aretha Franklin, James Taylor (“Up on the Roof”) and Sara Bareilles.

The show is said to be “much slicker” and very different this year with new producers after the unceremonious ouster last year of founding producer George Stevens Jr. after 37 successful years.