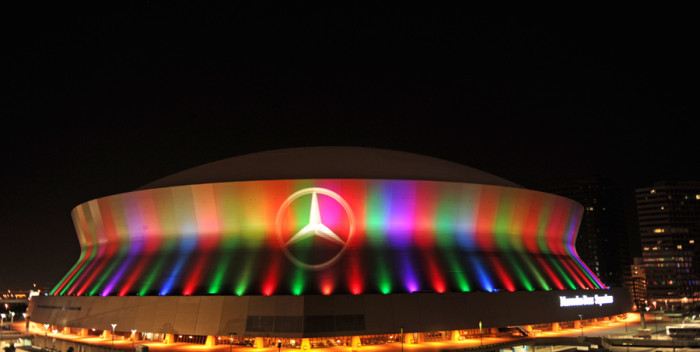 This Easter, only on Fox: I hear the network of “The Simpsons” and “Empire” is going to stage their own live “Jesus Christ Superstar” type show in the streets of New Orleans. It’s called “The Passion,” and Dick Clark Productions is putting it together.

The two hour musical extravaganza will be a live (yes, LIVE) restaging of the Last Supper set to modern rock songs. It will air on Palm Sunday, produced by Adam Anders, whose credits include “Glee” and “American Horror Story” as music supervisor. The idea for this spectacle comes from Eye2Eye Media in the Netherlands.

I’m told that hundreds of New Orleans extras will take part in a processional walking a huge illuminated cross from the Superdome to a park on the river. What’s not clear is if they go through with the crucifixion and resurrection, or if it stops there and turns into Mardi Gras. Knowing Fox, it could be the Cruci-Fiction.

Robert Deaton, who produces and directs a lot of Country Music Association TV specials, is directing this along with David Grifhorst, the Dutch producer of game shows and singing competitions.

What songs will they use? God only knows.