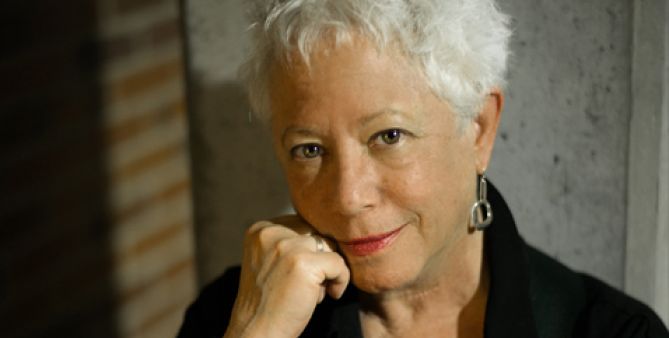 Janis Ian is the Grammy winning singer songwriter of the classic “At Seventeen” among other hits. Her first hit, “Society’s Child,” came when she was 16. On Wednesday she posted to Facebook her recollection of Bill Cosby trying to get her banned from TV after the two of them appeared on The Smothers Brothers Comedy Hour. This is just insane, but as crazy as the rest of the Cosby stories. Janis responded to New York magazine’s extraordinary cover story this week with photos and stories from three dozen Cosby accusers.

Do I have a stake in this issue? Yes. Of course. Outside of being female, outside of knowing women aren’t “heard” as loudly as men are heard, outside of firmly believing that if women were treated equally around the world, many if not all of the world’s problems would no longer exist – outside of all that… I have a personal stake.
No, I was not sexually bothered by Bill Cosby. We met because he was curious about me.
My song “Society’s Child” was climbing the charts and creating a great deal of controversy. The Smothers Brothers took a huge gamble and had me on their hit television show. I was just sixteen years old when we taped it. I’d been on the road for months, doing press and one-nighters. My chaperone/tour manager, a family friend six or seven years older than me, was doing everything in her power to make sure I was protected and getting as much rest as possible.
Remember. I was sixteen. Still in high school. Fairly naive, including about my own sexuality. For months on the road, my chaperone was the only consistent face I saw. Everyone else was a complete stranger – radio personalities, newspaper reporters, magazine photographers, audiences, promoters, disc jockeys, all strangers. So I clung to my chaperone.
We’d never been to a big-time TV taping. We had no idea we’d have to be inside from early early morning until whenever they called for me. There were only a couple of chairs for us on the set – I was pretty low on the totem pole, way lower than Jimmy Durante or Pat Paulsen or Mason Williams (all of whom were wonderful to us). And I was exhausted. I’d been having nightmares for weeks, the result of the controversy surrounding “Society’s Child” and the death threats I was receiving daily. I needed to sleep. So I fell asleep in my chaperone’s lap. She was earth motherly, I was scared. It was good to rest.

We taped the show. I had a ball. (You can see it on Youtube, in fact. That’s me, looking scared, in the green dress. My friend Buffy from East Orange, where I’d started high school, made it for me. I treasured it.) Then we went back to New York, and I went back to school.
A while later, my manager called me into her office. “What happened at the Smothers Brothers show?!” I had no idea what she was talking about, and said so. “Well, no one else on TV is willing to have you on. Not out there, anyway.” Why? I wondered. And was told that Cosby, seeing me asleep in the chaperone’s lap, had made it his business to “warn” other shows that I wasn’t “suitable family entertainment”, was probably a lesbian, and shouldn’t be on television.
Again, a reminder. I was 16. I’d never slept with a man, I’d never slept with a woman. Hell, I barely been kissed, and that in the middle of the summer camp sports area, next to the ping pong table.
Banned from TV. Unbelievable. Bless Johnny Carson and his producer Freddy de Cordova, one of the nicest men I’ve ever worked with, because they didn’t listen. Or maybe they didn’t give a damn. I don’t know. I do know that they broke the barrier Cosby tried to create.
There’s a lot to bother a sensible person about this. The years these women were ignored. The years they were derided. That the story finally really “broke” because a male comedian named Hannibal Buress kept bringing it up, kept calling Cosby a “rapist”. Not because woman after woman after woman went to the police, to the press, to anyone who’d listen, with horribly similar stories.
Let me be snarky for a moment. Interesting that there are so few women of color in the New York Magazine photo. Interesting that the ones in the photo all appear to be light-skinned. Perhaps darker skinned women have not come forward yet? Perhaps they’re among the other 12 women who’ve accused him but aren’t pictured?
Or perhaps not. I have to wonder if this rapist has some issues with his own race.
Continuing the snarkiness, I find it horrifying that his wife is still insisting it was all consensual. That she sounds more upset by “the invasion of privacy” than the rapes.
People seem to be confused because she continues to stand by him. I have just two words for that – money, honey. According to the press, she’s his manager, and has been for years. And his “business manager”, eg the person who handles the money. So if there were pay-offs, she saw the checks. She is complicit.
If it was consensual, why pay anyone to be silent?
If it was consensual, why are there so many women who do not want money, who do not need fame, who are by turns ashamed, violated, exposed, vulnerable, and still continue to speak out?

Cosby was right in one thing. I am gay. Or bi, if you prefer, since I dearly loved the two men I lived with over the years. My tilt is toward women, though, and he was right about that.
But what an odd thing, that a black man who slept with so very many white women chose to take my possible lesbianism away from our one meeting, rather than the message I tried to get across with “Society’s Child.” How pathetic. How truly, truly pathetic.