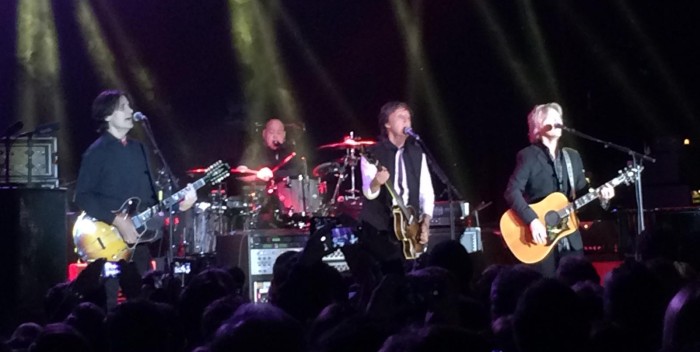 What a crowd, what a night, what a set: Paul McCartney and his band played a two hour set of mostly Beatles songs and some solo rarities for a lucky few hundred people tonight. McCartney took over the smallish Irving Plaza, run now by LiveNation, and charged just $40 a ticket. Of course, prices on CraigsList were up to $500 by the time McCartney hit the stage with “Eight Days a Week.”

McCartney, who will play live on “SNL 40” on Sunday night, joked before “USSR” about playing in Russia. He said a fan had told him he’d learned English listening to Beatles songs. “Hello, goodbye,” he offered.

McCartney at nearly 73 just keeps rocking, and sounding youthful and energetic as ever.

Check back for a video or two and some photos…