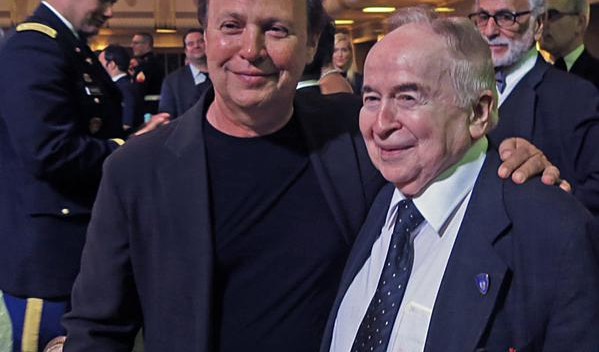 UPDATE: Confirmed, sadly.
EARLIER: There’s no confirmation yet, but it does seem from reports that New York TV legend Joe Franklin has died at age 88. Franklin pioneered the talk show, and had one on WOR TV in New York from 1962 to 1993. He was famous for having eclectic groups of people– like the current head of the Joint Chiefs of Staff as well as Steve Lawrence and Eydie Gorme– on the same couch. His show was famously parodied by Billy Crystal on Saturday Night Live. Born Joseph Fortgang, Joe’s nasal voice was a New York landmark. Twitter accounts from the Friars Club and Mark Simone have each confirmed Franklin’s death. It’s really the end of an era.