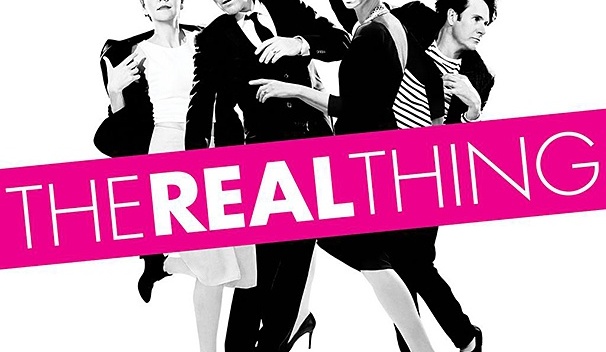 It’s 30 years since Mike Nichols directed Jeremy Irons, Glenn Close, Christine Baranski and Peter Gallagher in Tom Stoppard’s “The Real Thing.” Cynthia Nixon played the daughter of Irons and Close. It was such a great production thatit’s never been forgotten. There’s a lot to live up to. In 2000, David Leveaux directed a very good revival with the the excellent Stephen Dillane and Jennifer Ehle. They managed to stay the course.

Last night there was a crackle in the air as “The Real Thing” returned, this time to the Roundabout Theater. It’s Stoppard’s most accessible play. This time Sam Gold is directing movie stars Ewan McGregor and Maggie Gyllenhaal in their Broadway debuts. Josh Hamilton, a New York theater stalwart, is supporting, as is Nixon, returning now as an adult even though she’s won a Best Actress Tony Award.

The actors are superb, but this is not “The real thing.” It is something else. It’s all on one set, and an antiseptic one at that. All of Nichols’ dynamic direction is gone. And that’s too bad since — yikes– Nichols was sitting right up front with wife Diane Sawyer. Baranski and Gallagher were also in the house.  So was Rosemary Harris, the legend, and mother of Jennifer Ehle. Harris is starring off Broadway in Stoppard’s “India Ink.”

So many Real Thing/Stoppard grads. They had to be polite. And it’s not because of the actors. I was really impressed with McGregor — who’s done a lot of theater in the West End of London, and Gyllenhaal, who is luminous and top notch. Maggie told me that Glenn Close sent flowers and a note that read “Welcome to Broadway.” (Soon Close will be around the corner in “A Delicate Balance.”) Josh Hamilton get the clipped British attitude really well. (Nixon may be miscast– I think she did it for the novelty of returning to the play. She’s too big for that part now.)

Anyway, it’s too bad “The Real Thing” didn’t measure up to memory. But it’s worth seeing for the actors. Nichols, by the way, was very enthusiastic at intermission when we chatted. But he’s a very generous person. Stoppard looked non plussed, and we talked about “Arcadia” and “Shakespeare in Love.” Graydon Carter was there with wife Anna. “This is Our Youth” playwright Kenny Lonergan came to support Hamilton. I ran into Dianne Wiest, which was the treat of the night. I missed seeing Rosie O’Donnell.

Attendance report: Jake Gyllenhaal already saw his sister’s performance; he was filming a movie last night. Maggie’s mother Naomi Foner was there, as was husband Peter Sarsgard, who skipped the party because he was filming as well. Jake opens today in the excellent movie “Nightcrawler,” which means this is quite a week for the Gyllenhaals. Bravo!