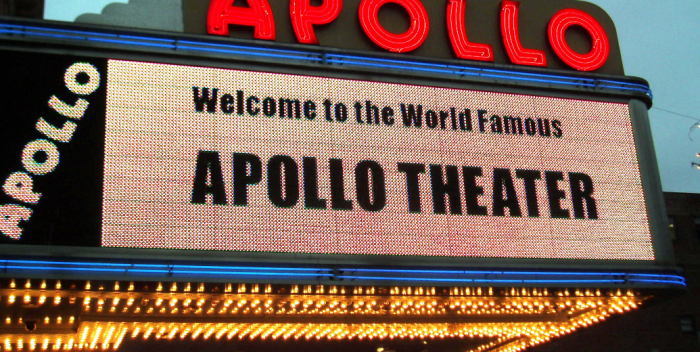 t was a confusing political night at Revlon chairman Ron Perelman’s Creeks on Saturday. The annual benefit for the Apollo Theater sent out a lot of weird signals despite great music by Sting, Jon Bon Jovi, Pharrell, the Roots, and actual Apollo legend Gladys Knight.

Guests at the Apollo event were Republicans Chris Christie and John McCain, neither of whom has ever shown one iota of interest in the Apollo or its legacy or Harlem.

Not at the event was Bill Clinton or wife Hillary even though Clinton has been a long time supporter of Harlem and the Apollo. The Clintons are staying in the Hamptons, too. Hillary had a book signing in East Hampton on Saturday.

Very surprised is what Barbra Streisand must have been as she and husband James Brolin were lured to the Perelman party probably thinking they were among Clinton supporters. But Barbra doesn’t mix with the McCain or Christie worlds.

Pro-Israel advocate Streisand couldn’t have been too thrilled to see Pink Floyd’s Roger Waters at the Perelman benefit. Indeed, what could Perelman have been thinking? Waters has been railing against Israel very publicly for a couple of years now.

Also at the event: former lovers Anjelica Huston and Jack Nicholson. Last year the pair showed up, separately, at Larry Gagosian’s party for Clive Davis. Anjelica is getting ready to publish part two of her memoir, called “Watch Me.”

Due November 11th, the book details at length — 384 pages– Huston’s path to an Oscar for “Prizzi’s Honor” and her long complicated relationship with Nicholson.