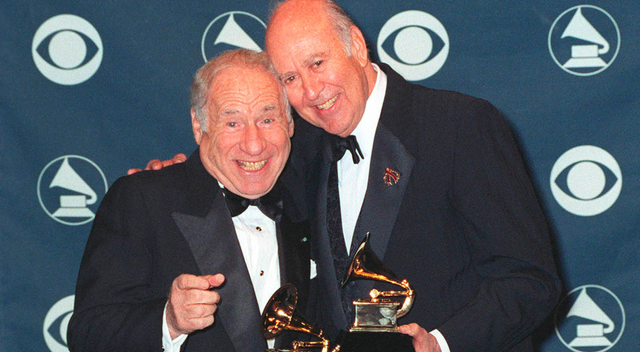 I don’t want to put any pressure on them, but tomorrow night (Wednesday July 16th) Mel Brooks and Carl Reiner are going to make classic “TV” again. The long time friends will salute their late boss Sid Caesar at the Paley Center in Los Angeles. The show is free to the audience there, and will be live streamed on www.PaleyCenter.org/Live starting at 10:10pm Eastern time. There are supposed to be other guests (David Steinberg?) as well a moderator (Eddy Friedfeld). Carl is 90, Mel is 87, they are younger and funnier than any other comics in the world. I would guess they will revive the 2,000 Year Old Man, in which case this may be a historic event. I hope the Paley Center has added servers! If only we really had “Star Trek” transporters, I’d be there. People are probably lining up now.