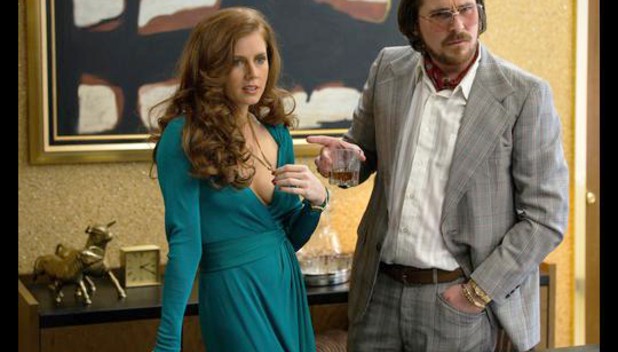 And the Screen Actors Guild Awards went to… mostly the same people who won the Critics Choice and Golden Globe Awards, not to mention the New York and Los Angeles Film Critics.

A litte bit of deja vu and some malaise is starting to set in as Cate Blanchett, Lupita Nyongo, Matthew McConaughey and Jared Leto all won acting statues from SAG. “American Hustle” took home the award for Best Ensemble. There were no actual surprises. Some of the participants have become grumpy and groggy. They will have to reconvene in six weeks for the Academy Awards.

By then, sadly, several movies will be gone from theatres including “Her,” “Inside Llewyn Davis,” “Nebraska,” and “Dallas Buyers Club.” None of them are doing much at the box office despite their awards and glowing reviews. “12 Years a Slave” looks like it’s wrapping up its run, too,unless something crazy happens.

Tonight we bid adieu to our friends from “The Butler,” which got nothing. Same for Emma Thompson and “Saving Mr. Banks.” Emma has been a bright spot of this awards slog. She’s very witty and no longer gives a damn. “Inside Llewyn Davis” and “Her” are mostly gone, too, from the awards arena. We will miss all of them, as well as the grossly mis-handled “All is Lost.”

The SAG Awards are broadcast from the Shrine Auditorium which is on the campus of USC. How this place has not been gut-rehabbed is beyond me. It is also far away from anything. But I digress. The red carpet itself was actually one of the most mellow I’ve seen in a long time, mainly because I don’t think anyone cares so much. Sandra Bullock and Rita Wilson had the best gowns. I even took a picture of Rita because she was hot stuff. I thought Sandy B wore the Best Ensemble.

SAG president Ken Howard and his wife were very excited to have their picture taken with Oprah. I hung around for a while with Ron Livingston (Boardwalk Empire) and Rosemarie DeWitt. They were a lot of fun. So were the “Downton Abbey”–  I love them. Mr. Moseley told me he’s back next season. Later, at the People magazine after party, this was weird– Ron Howard, Brian Grazer and Mitch Hurwitz- the “Arrested Development” crew– were very busy chatting with the “Downton” actors especially the doctor. Mitch told me: “AD meets DA!” What an odd combo those shows would make!

After the show, best Actress winner Cate Blanchett, her theater director husband Andrew Upton, and their team went for a small family dinner with Sony Picture Classics’ Michael Barker. They bumped into Matthew McConaughey at the awards pick up area. Now that she’s done winning awards and shooting “Cinderella” in London, where is Cate going? “On a holiday far, far away, where no one can find us!” she exclaimed– that is, until Oscar week.

PS Blanchett has a ten performance run in mid-summer at Lincoln Center Theater Festival in Jean Genet’s “The Maids.” Upton is directing, Isabelle Huppert is a co-star.

Meantime,back in the People magazine party– which was stuffed with stars– new People editor Jess Cagle toured around with new Time Inc editor in chief Norm Pearlstine. The casts from “Modern Family,” “Breaking Bad,” “12 Years a Slave” and so on just partied into the night.