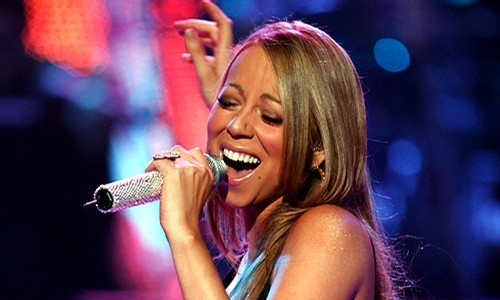 Mariah Carey’s album from 2012? It’s almost done, she tells me. We ran into each other on the SAG Awards red carpet, where Mariah took no prisoners along with hubby Nick Cannon. It was great to see them.

So what’s happening? Mariah says she’s planning a big announcement on February 14th for Valentine’s Day. Maybe another single is dropping? When is the album coming out? “Spring, late spring,” she said. “This quarter.” April? She’s been sequencing the tracks.

But get this– she’s also recording two “covers”– other songs, older hits. She would not fess up the titles. But Mariah did have big hits with the Jackson 5’s “I’ll Be There” and Harry Nilsson’s “Without You.”

Mariah was at the SAGs, of course, as part of the cast of “The Butler.”