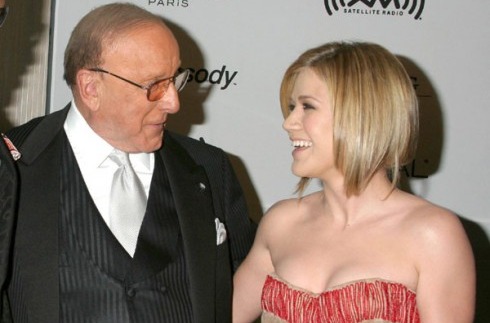 I don’t know why he bothered because he didn’t have to, but Clive Davis has responded to Kelly Clarkson’s nutty appraisal of her time as a recording artist under his administration. I think Davis should have just left this alone. After all, Clarkson did this once before and got nowhere. She owes her career to Clive, Pete Ganbarg, and everyone at RCA, Arista and what used to be BMG. Davis’s book, “The Soundtrack of My Life,” has shot up to number 45 on amazon.com and is a bona fide bestseller after less than a day. Not bad.

Clive takes the high road. He says:
“As anyone who has read “The Soundtrack of My Life” knows, I think Kelly Clarkson is a tremendous vocal talent and performer. In the book, I provide an in-depth look at our years together during which we shared major multi-platinum success, as well as a few creative differences. I am truly very sorry that she has decided to take issue with what I know to be an accurate depiction of our time together.

“Before the book was published, I had every fact checked with five independent individuals who were present on a daily basis throughout it all. The chapter as it is written was thoroughly verified by each and every one of them. I stand by the chapter as written in my book. At the same time I wish, and will always wish, Kelly’s talent and her career to soar to ever new heights.”