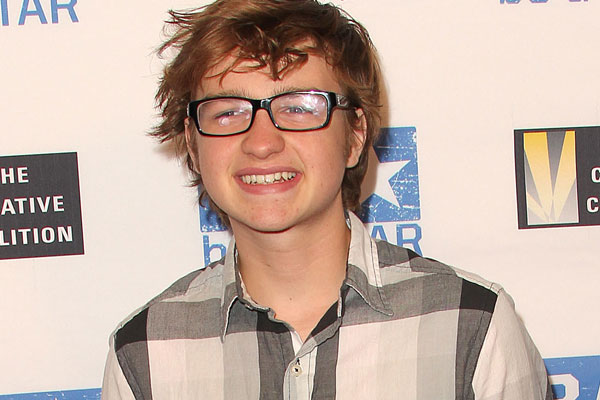 Angus T. Jones, the 19 year old who’s made millions appearing on “Two and A Half Men,” now tells his Christian followers to stop watching the show. “It’s filth,” he says in a video posted to YouTube of his “testimony” at a Christian church in Los Angeles. This is hilarious. Not very talented, and lucky to have been on the show and made so much money at a young age, Jones now says he’d like to be off the show. He may get his wish. Insiders tell me say CBS is preparing to wrap up “Two and A Half Men” at the end of this season.

Here’s the video: http://www.youtube.com/watch?v=KTju7uI8-1o&feature=player_embedded. You can catch Jones’s remarks at 7:30. “Please stop watching it. Please stop filling your head with filth. People say it’s entertainment. Do some research on the effects of television and your brain. It’s bad news.”

“You cannot be a true god fearing person and be on a show like that,” Jones says. He’s made several million dollars doing just that, however.

For me personally: I can’t wait to read Chuck Lorre’s memoirs. First it was Charlie Sheen, now it’s the kid. Jones is suggesting that Satan is at work or something when it comes to “Men” and television.

The video is featured on our home page video player below.

Jones’s agents at Paradigm are probably on the ledge right about now.