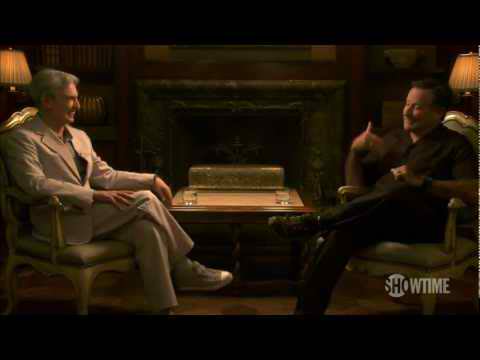 My late great friend Mike Hall, who planted items in Liz Smith‘s column and before that Walter Winchell and Leonard Lyons, used to say I was a piker compared to the old gossip columnists. “What are you so tired for?” Mike would ask at the old Russian Tea Room over lunch. “Leonard Lyons would do ten events a night, come back and write them all up for the afternoon edition!”

Last night offered just three events, and here they are:

Robin Williams scored big time at the 92nd St. Y for the closing night of Caroline Hirsch and Andrew Fox’s New York Comedy Festival. Williams and equally brilliant comic David Steinberg (also a famous TV director) brought their comfortable Q&A to the Y, which was sold out to the rafters. Among the notables: Paul Shaffer, Richard Belzer, and director Barry Levinson with lovely wife Diana. Barry, of course, directed Robin in the modern classic “Good Morning Vietnam.” I was also startled and incredibly happy to see Lillian Ross, the legendary New Yorker writer, very much on the scene at a youthful 86! 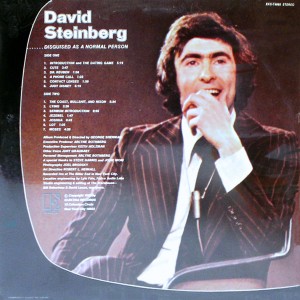 Robin is the funniest man on the planet, and he had no trouble proving it with Steinberg. A little restrained from his normal wildness, Robin goes at it with Steinberg for 90 hilarious minutes. They covered all of Robin’s career, his rehab and addictions, and no topic was off limits. There’s no script, either. Robin told me later: “We know where we’re going, but that’s it. Nothing is written down. It’s just an outline.” Every so often this subtly directed exercise gives Robin a break and Steinberg– who was once a regular with Johnny Carson and now directs “Curb Your Enthusiasm”–gets to tell a couple of stories. Each was great. There’s almost no way to summarize what Williams does. I just hope they film this thing and show it somewhere soon, like PBS…

Meanwhile, David O. Russell is in town for “The Silver Linings Playbook.” Star Jennifer Lawrence came in for a Peggy Siegal screening and dinner last night before heading off to film the second “Hunger Games.” Tonight (Monday) is the real premiere at the Ziegfeld. Everyone loves “Silver Linings.” It’s a strong contender for Best Picture. LA actress/veteran/partythrower/legend Colleen Camp even came in for this, because she’s doing a screening in Hollywood. Jeremy Renner, Bob Balaban, Julie Taymor, Elliot Goldenthal, Tovah Feldshuh, Tonya (Mrs. Spike) Lee,  were among those lined up to meet Russell. But the director of “The Fighter” was very busy–he invited his high school English teacher from Mamaroneck High–she came and was very proud of her ace student.

And then, Elle Fanning— the 14 year old sister of Dakota–is just a knockout in Sally Potter’s “Ginger and Rosa.” Indie Spirit Award/Film Independent voters take note. Elle plays three years older than her real age, actually four–and is spot on, as are Alessandro Nivola, our Joan, Christina Hendricks, from “Mad Men,” plus Timothy Spall and our pal Oliver Platt. Annette Bening makes a memorable and extended special appearance. Sofia Coppola came over to the Ruhlmann Cafe in Rockefeller Center to meet Elle, who is the most poised and polite teen in the Western Hemisphere.  “Ginger and Rosa” comes from the new and very promising mini studio A24, a descendent of Oscilloscope Laboratories. They’ve got a hit to kick off their business.

Alessandro Nivola, married to the amazing Emily Mortimer (of HBO’s “The Newsroom”) should be a bigger star by now. He plays against type in “Ginger and Rosa,” as a nasty piece of work British dad who beds his teen daughter’s best friend. Next up, he plays a man who may have killed three children in “The Devil’s Knot,” based on the story of the West Memphis Three, with Reese Witherspoon.