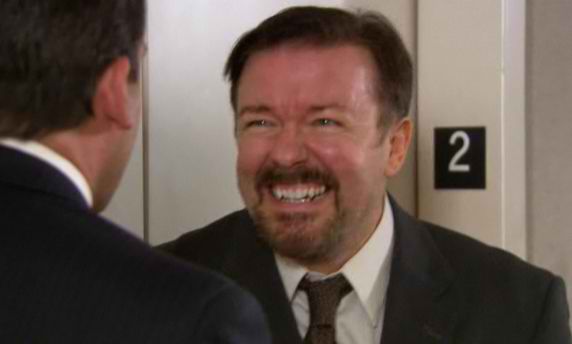 Ricky Gervais created “The Office” with partner Stephen Merchant. He also made a couple of cameos during Steve Carell’s final season two years ago. But Ricky told me last night that he won’t be making any more appearances– even though “The Office” will end its run this winter after nine seasons. Ricky told me: “I did it, there’s no need for more.” Ricky also won’t be hosting the Golden Globes this year. “I did it three times, which was two times too many,” he said. Ricky will be succeeded by Tina Fey and Amy Poehler, who come from NBC shows–the same network that hosts the Globes. Hopefully that won’t curtail their natural irreverence. Meantime, Gervais made a lasting impression last night at “Stand up for Heroes,” doing a bit on How Not to Get AIDS. You can see it on YouTube and on www.standupforheroes.com