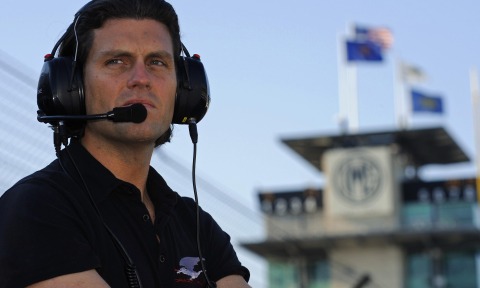 Jay Penske, owener of Mail.com and the websites Deadline.com and HollywoodLife.com, was arrested in Nantucket over night. Apparently he and his brother broke into a house at the Nantucket Yacht Club. Penske also allegedly urinated on some poor woman’s shoes. Deadline.com has pissed off a lot of people, and some might say, on some people, in the past. This is called taking it to the next level. Here’s the report from the local newspaper. Click their link, too, at http://www.ack.net/PenskeBreakIn080912.html. Thanks to Gawker.com for the heads up. The Penskes are innocent til proven otherwise.

From the Nantucket Inquirer and Mirror:

(Aug. 9, 2012) Two sons of auto racing mogul Roger Penske were arrested early Thursday morning by island police for an alleged break-in at the Nantucket Yacht Club after two women claimed they had been assaulted in the club’s parking lot.

Jay Penske, 33, the CEO of the digital media company PMC who owns the IndyCar racing team Dragon Racing and the web site Deadline.com, along with his brother Mark Penske, 35, were arrested just before 2 a.m. Thursday on South Beach Street.
According to a police report, the incident was initially reported as an assault and battery when two women approached police on Broad Street, claiming they had been assaulted by two men, later identified as the Penske brothers, at the yacht club’s parking lot.

One of the women claimed the Penske brothers were urinating in the parking lot, and that when she confronted Jay Penske, he “turned and continued to urinate on her boots. He then proceeded to grab her arm and push her. (The woman) also states that Mark before he ran away pushed her and they both then ran to the house on Yacht Club property” the report states.

Police claimed they apprehended Jay Penske attempting to run away from the club, and that they found Mark Penske at the employee apartment after he had fallen down the staircase, suffering several cuts on this right arm.

“There were three people living in the apartment and only two saw the suspects enter the house and they got startled when they were confronted,” according to the report. The Penskes are not members at the Nantucket Yacht Club, according to staff at the club.

The women later told police they did not wish to press assault and battery charges, according to the report, which was written by officer John Muhr, a 20-year veteran of the Nantucket Police Department.

The brothers spent the night in the Nantucket Police Department’s lockup facility, and were arraigned Thursday morning on charges of breaking and entering in the nighttime with intent to commit a misdemeanor. Both were released on personal recognizance with pretrial hearings set for Aug. 20.

Their parents, Roger and Kathy Penske, own a waterfront home on Nantucket in Pocomo.

The Penske brothers were not available for comment, according to a person who answered the phone at their parents’ home.