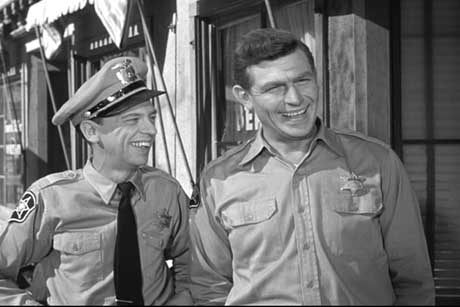 The news about the death of Andy Griffith is sweeping the internet and trending high on Twitter. It’s possible that Griffith, star of his own self titled show, was the most beloved actor left in “Hollywood.” He died in his native North Carolina. But from Mayberry to “Matlock” to all his movies–including “A Face in the Crowd”–Griffith had a long and distinguished career. Director Ron Howard, who played Andy’s son Opie on “The Andy Griffith Show,” Tweeted: “Andy Griffith His pursuit of excellence and the joy he took in creating served generations & shaped my life I’m forever grateful RIP Andy.” Everyone else is gone from that show now. But its small town lessons and genial stories remain fresh as ever. RIP Andy.