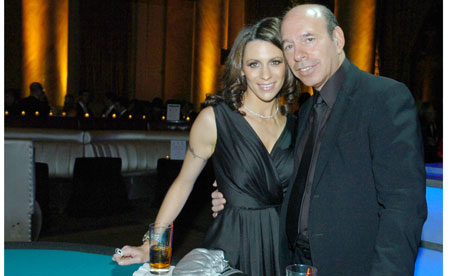 Here are just a few links to the exclusive stories I broke about Ken Starr, the money manager who swindled his celebrity clients. CNBC and its producers have a lot of nerve–their “American Greed” story on Wednesday night about Starr wouldn’t have been possible without this reporting. It’s funny, too: I remember when Starr was arrested, I called Jane Stanton Hitchcock, whose mother had been ripped off by Starr. Hitchcock refused to get involved in the story. Her case had already been settled with Starr, she’d had restitution, she said, and had turned the case over to the Feds. Her brother, Tim, helped me a lot in the reporting. (He seemed to be absent from the CNBC piece.) What a joke. In the CNBC piece, she’s Jessica Fletcher out to uncover a mystery. And I loved it when it was mentioned casually by one of the talking heads about Starr’s wives, and the money paid out to his wife number 3, and how wife number 4 Diane Passage discovered so much about her marriage and her husband’s prior divorce. I was sitting in her living room when we read the papers together. I published the information in this column.  Here are some links. What can you do? And if only CNBC knew who some of the people were who were really ripped off by Starr. But those secrets I agreed to keep a long time ago. Good sleuthing, CNBC.