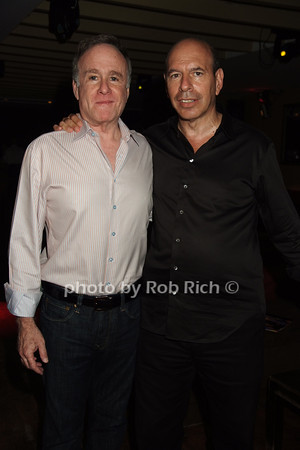 I told you about Jonathan Bristol, Ken Starr’s lawyer at the Winston & Strawn firm, back in August.

On Thursday Bristol was indicted for money laundering in Starr’s many cases of stealing funds from his clients. Prosecutors say Bristol helped Starr steal millions from ten clients, without naming names. But Uma Thurman, producer Marty Bregman, talent agent Jim Wiatt, and 100 year old heiress Bunny Mellon are thought to be among them.

Bristol, the indictment says, was failing to bring in business at his law firm when he hooked up with Starr in 2008. He then used escrow accounts through his law firm to move Starr’s client’s funds around. Bristol, they say, had no trouble lying to the clients that their missing money had been moved to other investments.

At the same time, acting as his attorney, Bristol was billing Starr in the millions. The law firm, in February 2010, wanted to see the bills paid by Starr to them. Instead of getting the money from Starr, Bristol paid the firm with money from Starr’s escrow accounts–from his clients. The indictment says that he used $100,000 to do this.

The total amount of money the government says Bristol moved around illegally from Starr’s clients’ accounts came to $20 million.

Bristol’s arrest could signal that the government is not finished with the miscellaneous players in the Starr case. Still not addressed in all this is former Democratic fundraising chairman Marvin Rosen, whose Marose LLC was also used to hide Starr’s stolen money, and Planet Hollywood founder Keith Barish, who–along with Starr- had to settle a huge civil case in early 2010 with the estate of Joan Stanton.

Also not mentioned yet it is the fate of Andrew Stein, brother of Hollywood Reporter and Billboard magazine co-owner Jimmy Finkelstein. Stein, a former New York politician, was arrested last spring with Starr but so far nothing has happened with his case.

Here’s a link to another great piece of reporting on Bristol: http://tinyurl.com/39ewnvb