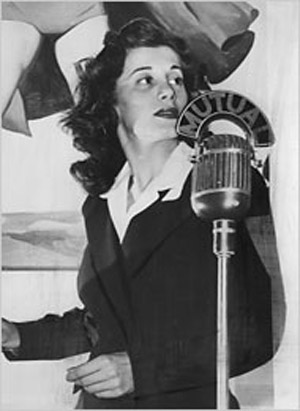 A multi million dollar settlement with the family of radio’s Lois Lane this past January may have triggered the panic that caused money manager Ken Starr‘s downfall.

The late Joan Stanton was the original voice of Lois Lane on the radio. Her husband, Arthur Stanton, was responsible for bringing Volkswagen to America. When he died in 1987, he left her $60 million. When she died last year, Joan Stanton should have been worth $87 million. Instead, she had been bilked, allegedly, over two decades, by Ken Starr.

Stanton sued Starr and movie producer/Planet Hollywood owner Keith Barish in 2008. It was too late. She alleged in her suit that Starr had either stolen her money directly or put it into phony investments. It may turn out that Stanton’s estate is what funded his enterprise for the last twenty years, making it possible for him to (allegedly) run scams on movie star and celebrity investors.

Joan Stanton died on May 21, 2009. Her estate settled with Barish, who was named as a defendant, in August 2009. But the Stanton didn’t settle with Starr until this past January. Stanton’s daughter, novelist Jane Stanton Hitchcock, signed a confidentiality agreement with Barish and Starr, and cannot speak about anything that happened.

But it seems that the Stanton settlement was what sent Starr around the bend. It’s speculated that his funds were depleted by the settlement. The timing is about right, because the SEC complaint against him picks up a timeline that commences shortly after the Stanton settlement. That’s when actress Uma Thurman asks for but cannot get $1 million from her account, triggering what the SEC alleges is the exposure of Starr’s “Ponzi” scheme. At that point he starts moving funds from one account to another, trying to cover his tracks.

The original Stanton complaint against Starr from 2008 details what was going on, and foreshadows this week’s escapades. Stanton alleged in her complaint that Starr had made unauthorized loans to film companies from her accounts. The lawsuit names Mike Nichols and Diane Sawyer, Wesley Snipes (in whose tax drama Starr was involved), Neil Simon and Broadway producer Hal Prince has potential other victims.

Starr was charging $228,000 a year just in fees for allegedly stealing from her.