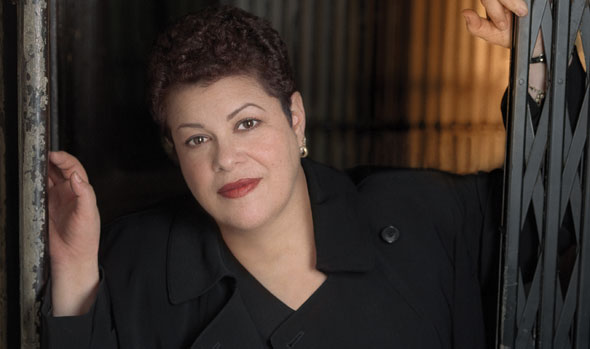 Well, I just watched the “Hail and Farewell” portion of the “CBS Sunday Morning” show. It was pretty good, including my friends Phoebe Snow and Nikolas Ashford, as well as Sidney Lumet. It’s hard to believe they’re gone. I can only hope that Phoebe and Nik are up in heaven, concertizing with Clarence Clemons.

But the CBS show–and certainly today’s New York Times magazine–missed a couple of people who were maybe less famous or important to them but incredibly missed. Elaine Kaufman died on December 3, 2010 and missed the Times deadline last year. I guess this year there wasn’t enough room for her. But we made sure Elaine got a great send off on November 30th when Dick Cavett hosted her memorial at Merkin Hall. Despite the imminent announcement that the buildings housing her 47 year old legendary restaurant have been sold (hello Dunkin Donuts or Bank of America!), Elaine will never be forgotten.

Last March, my friend Frank Dileo had open heart surgery at Cedars Sinai Hospital. That night he had a stroke in his asleep, and never awoke. In August he died after several months of restless sleep. Frank invented the Michael Jackson of “Thriller” and “Bad” fame. He managed Michael through the highs of his career, and no matter what happened he was the man upon whom Michael counted for counsel. Frank is often pictured with a stogie in his mouth, and tales of his wild life in the record business are notorious. But he was also a great, great friend, father, husband. There hasn’t been a day this year that I haven’t thought of him or talked to him. (And yes, he’s answered back.)

One other loss from the record exec side: Steve Popovich, who was Frank’s good pal from Cleveland and the man behind Meat Loaf. Steve sued Columbia Records several times and won each time, over his portion of the Meat Loaf money. He was a champion of the little guy in the music biz who helped create a superstar and then got trampled over and over by the labels.

A couple more friends, who came from the music biz. My neighbor and pal, Sunny Ralfini, who started out by managing Blood Sweat & Tears, and wound up running the Nordoff Robbins Foundation for auditory deficits. Boy, do I miss Sunny, whose name perfectly described her disposition. And Barbara Orbison, who died this month after a short, fierce battle with pancreatic cancer. She was a magnificent mother and widow (of Roy Orbison), making sure Roy had a postal stamp (coming in 2012) and a star on the Hollywood Walk of Fame.

There were others–Sidney Lumet, who directed “Serpico” and “Dog Day Afternoon,” is sorely missed. Also gone: Gladys Horn and Marv Tarplin of Motown fame, Dobie Gray who sang “Drift Away,” famed filmmaker Ricky Leacock, music publishing legend Donnie Kirshner; and both of the men credited with writing the Rolling Stones’ hit “Time is On My Side”–Jerry Ragavoy and Jimmy Norman. I’m sure they’re still debating it in heaven, where time is endless.