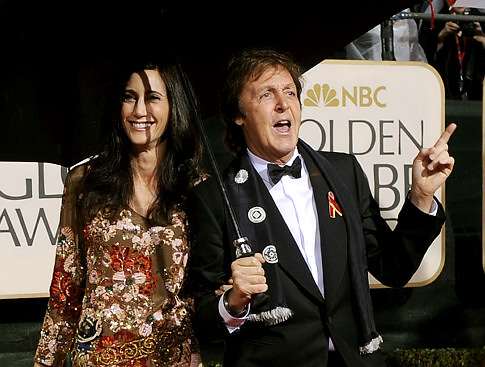 Paul McCartney may or may not be getting married to Nancy Shevell this weekend or next month, depending on which tabloid you read. The couple announced their intention to marry and got a license in London. But with McCartney’s ballet opening on Thursday in New York it would seem like a tough week to shoehorn in a wedding. Either way, Nancy is great, she’s a relief after Paul’s misadventure with Heather Mills, and everyone is rooting for them.

Meantime, the Beatles just keep selling. The remastered “1” album, the brainstorm of the late Neil Aspinall, is a hit. The album sold 60,000 copies last week and maybe another 40,000 this week. Why? Who knows? Everything on it exists somewhere else. But for the Beatles and their various estates, for Apple Records and ITunes, and it’s another success story.

Now that “1”–which contains 27 number 1 singles–is big, here are some other collections that Apple should release: “Hey Jude,” “Rarities,” and the Beatles’ butcher cover “Yesterday, Today, and Tomorrow.” Bootleggers probably have their own ideas about what else could be released. Don’t hesitate to chime in. I’ve always wondered why there’s no Paul McCartney box set.