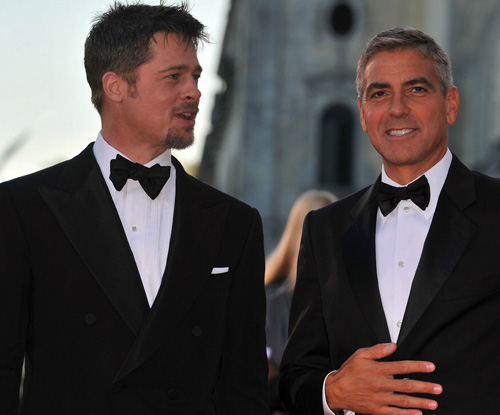 Tonight in Toronto, believe it or not, three competing premieres. The schedule here is a little rough this year. Brad Pitt, George Clooney and Jon Hamm are in, respectively, “Money Ball,” “The Ides of March” (which Clooney directed), and “Friends with Kids” (directed by Jennifer Westfeldt, Hamm’s significant other). What a night! And there are plenty of other things going on, including the Toronto premiere of “The Artist,” a shoo in Oscar nominee for Best Picture. So many people came out of “The Artist” press and industry screenings today raving about this clever, unique film.

Also today: David Cronenberg’s “A Dangerous Method,” is a knockout of an intimate film about the friendship between Sigmund Freud (Viggo Mortenson) and Carl Jung (Michael Fassbender). Keira Knightley is their muse and Jung’s lover, Sabrina. Cronenberg simply gets better and better, never failing to make an important, memorable film. Mortenson is well known to all, but here he’s very much in his head and without the usual physicality. All three actors turn in astonishingly precise and beautifully wrought performances. I hope this film gets right kind of release. Howard Shore, by the way, has written a gorgeous, Oscar worthy score–which is no surprise!