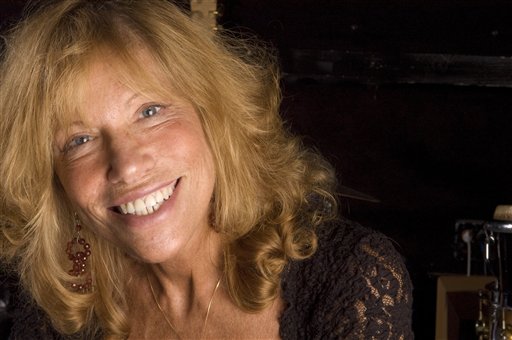 Talk about a convergent night: the amazing Carly Simon helped raise some big bucks downtown for Our Time, the organization that helps kids who stutter. Uptown, Robert Redford was at the premiere of his new film, “The Conspirator.” The connection? Redford is about to play Branch Rickey in a long awaited film about Jackie Robinson. Carly’s late parents, Richard and Andrea Simon (yes, Dick Simon was the founder of Simon & Schuster), took the Robinsons in during their first baseball summer in New York. When I told Redford that, he wanted to hear more. My guess is he’ll be on the phone with Carly this week.

Simon did perform one song at the Our Time benefit, and did fine. But later when she was called on stage to help with the live auction, Carly took a spill and cut her leg on the stage. There was blood, but luckily her boyfriend, Dr. Richard Koehler, was on hand. He rushed to the stage and helped the famed long legged chanteuse. She went on to auction off a lunch at her home on Martha’s Vineyard for $12,000. Also honored was “The King’s Speech” Oscar winning writer David Seidler. In the audience: Simon’s long time lyricist and pal, Jacob Brackman; actress Amy Ryan, and the sons of Yankee great Ron Guidry. Check out www.ourtime.org. …

As for Carly, she’s no worse the wear, as they say. And she just signed a major music publishing deal with BMG for her entire catalog of hits like “Coming Around Again,” “You’re So Vain,” and the Oscar winning “Let the River Run.”

…Meanwhile, Robert Redford was accompanied to “The Conspirator” premiere by his longtime publicist Cindi Berger, CEO of PMK-BNC, who was honored at lunch on Monday at the prestigious Matrix Awards. given by New York Women in Communications.  Some of the other honorees included Betty White and Gwen Ifill, and A&E president Abbe Raven. Each of Cindi’s mentors were there–Leslee Dart, who runs competing pr agency 42 West, and the fabulous PMK legend Lois Smith, who journeyed down from “the country” and blissful retirement to toast Cindi. Nice!

Later, at “The Conspirator” party at the Royalton Hotel, Robin Wright Penn, James McAvoy, Stephen Root, and Redford chatted about the film, which tells another side of the Lincoln assassination. Watch out for these performers later this year at awards time!