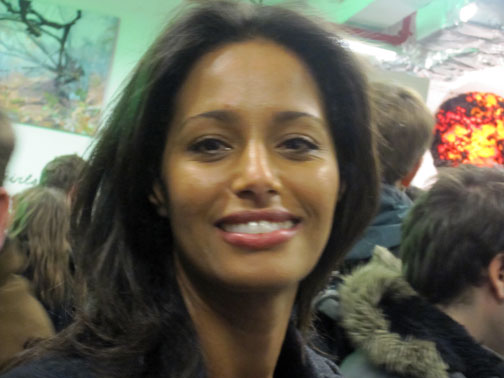 Julian Schnabel‘s “Miral” is being screened Monday night at the United Nations–and there is controversy galore. The film is being attacked by various groups for alleged anti-Semitism even though most people haven’t even seen it. I was in the audience last fall in Toronto, and I can tell you –being sensitive to anti-Semitism–that Schnabel’s film is nothing to worry about. Apparently there’s been a lot of pressure from the American Jewish Committee on the UN to cancel the screening, but it’s going forward, I hope, in peace. Jon Kilik, the producer of “Miral,” sent out a statement a little while ago. Kilik wrote: “We are surprised and saddened that the American Jewish Committee would pre-judge MIRAL and move to block the showing of the film. We made this film in order to encourage the very dialogue that the AJC seems to want to prevent.  We hope the AJC will come to the premiere instead of trying to cancel it.” Julian Schnabel said: “I love the State of Israel. I believe in it, and my film is about preserving it, not hurting it.  Understanding is part of the Jewish way and Jewish people are supposed to be good listeners.  But, if we don’t listen to the other side, we can never have peace.  Instead of saying ‘no,’ I ask the AJC to say ‘yes,’ see MIRAL and join the discussion.” The real story of “Miral,” by the way, is how Schabel fell for Palestinian novelist Rula Jabreal, who is gorgeous, and turned over his life to make a movie out of her story.