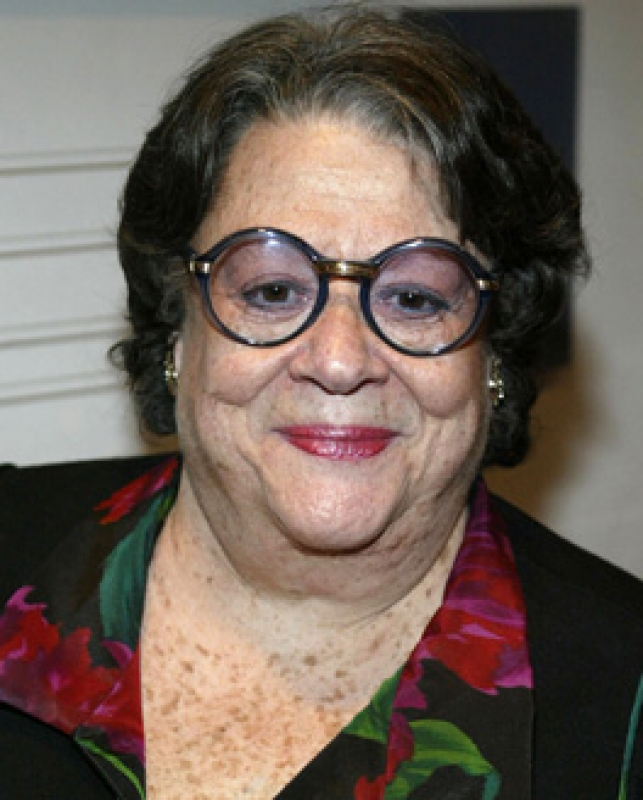 The hardest thing to report is the death of a friend. For more than 20 years, Elaine Kaufman has played such an important part in my life. Birthday parties, New Year’s Eve, just hanging out.

Two Fridays ago I visited her in the late afternoon at Lenox Hill Hospital. She was asleep and probably never knew that I’d stopped by. Her heart was giving out. She’d been living on oxygen tanks, using them during the day at home, then coming to the restaurant from 8pm until 1 am.

No one understood it, but it was where she wanted to be: sitting with her friends, listening to the gossip, bragging about who’d been in during the last few days. It was only a week earlier that I’d driven her home around 12:30am. She was pooped. It was unusual. Until recently, Elaine could stay at the restaurant until 2am. She loved it.

There are literally millions of stories about Elaine. Her close friends of the last few years are devastated almost beyond words. We have lost a certain center of our lives. It was only back in February of 2009 that we’d celebrated her 80th birthday, and a few weeks later, the 45th anniversary of the restaurant.

I wasn’t there when Woody Allen made it Elaine’s really, really famous in the 70s. I couldn’t tell you exactly what propelled me there in the 1980s but it was most likely Bobby Zarem’s innumerable parties. Book parties, all kinds. The invites were always special, and made going to Elaine’s an event. I met so many people I know now, or knew–because they’ve also passed–people who I cherished like Robert Altman and Rona Jaffe, Neil Travis, George Plimpton, Peter Maas. The walls of Elaine’s are lined with book jackets because it was about writers. Elaine had so much respect for them: Bruce Jay Friedman (no relation), Carol Higgins Clark and her mother, Mary Higgins Clark, Stuart Woods, and — in years passed–Kurt Vonnegut.

“Do you know who that is?” Elaine would say to me when I arrived on any given night. She’d be pointing to a back table. “That’s”– and it would be so and so, somebody so legendary you couldn’t believe it. She wanted me to meet them. Dave Brubeck! Lorna Luft! Dabney Coleman! “Jack was here.” she’d say–Nicholson. We spent a whole night kibbitzing with Phyllis Diller. “Al was here yesterday.” she’d say, meaning Pacino. You’d run into people anywhere in the world and we were from Elaine’s. It tied people together. At Dan Tana’s in West Hollywood you run into New Yorkers. Why are they there? Trying to recreate the Elaine’s experience. And they loved her: friends like Michael Caine and Sean Connery. Michele Lee. Lainie Kazan, whom she adored. In her heyday she traveled with them to places like the Deauville Film Festival. Ahmet Ertegun, the names go on and on.

It’s Chanukah this week. Usually I give Elaine a big necklace. Last year she particuarly loved her gift. We got bottles of delicious Port wine, hunks of cheddar cheese. Elaine was great friends with the Steinbrenner family, and cherished her World Series rings. She regifted me something treasured given to her by George Steinbrenner-– a Yankees World Series jacket that I will wear now to every game regardless of the weather. (The last time George and his family were in the restaurant Elaine said, “Don’t tell them where you got that!”)

There’s more–hours more– of reminiscing. One late night, an old regular wandered in, very drunk. The guy all of a sudden got very angry at Tony Danza, who was eating with us–for no reason. This was a big guy, too, and there weren’t many people in the restaurant. He took a swing at Tony from a standing position and proceeded to fall forward onto the ground. With a thud. Elaine just said to the waiters, “Clean him up.”