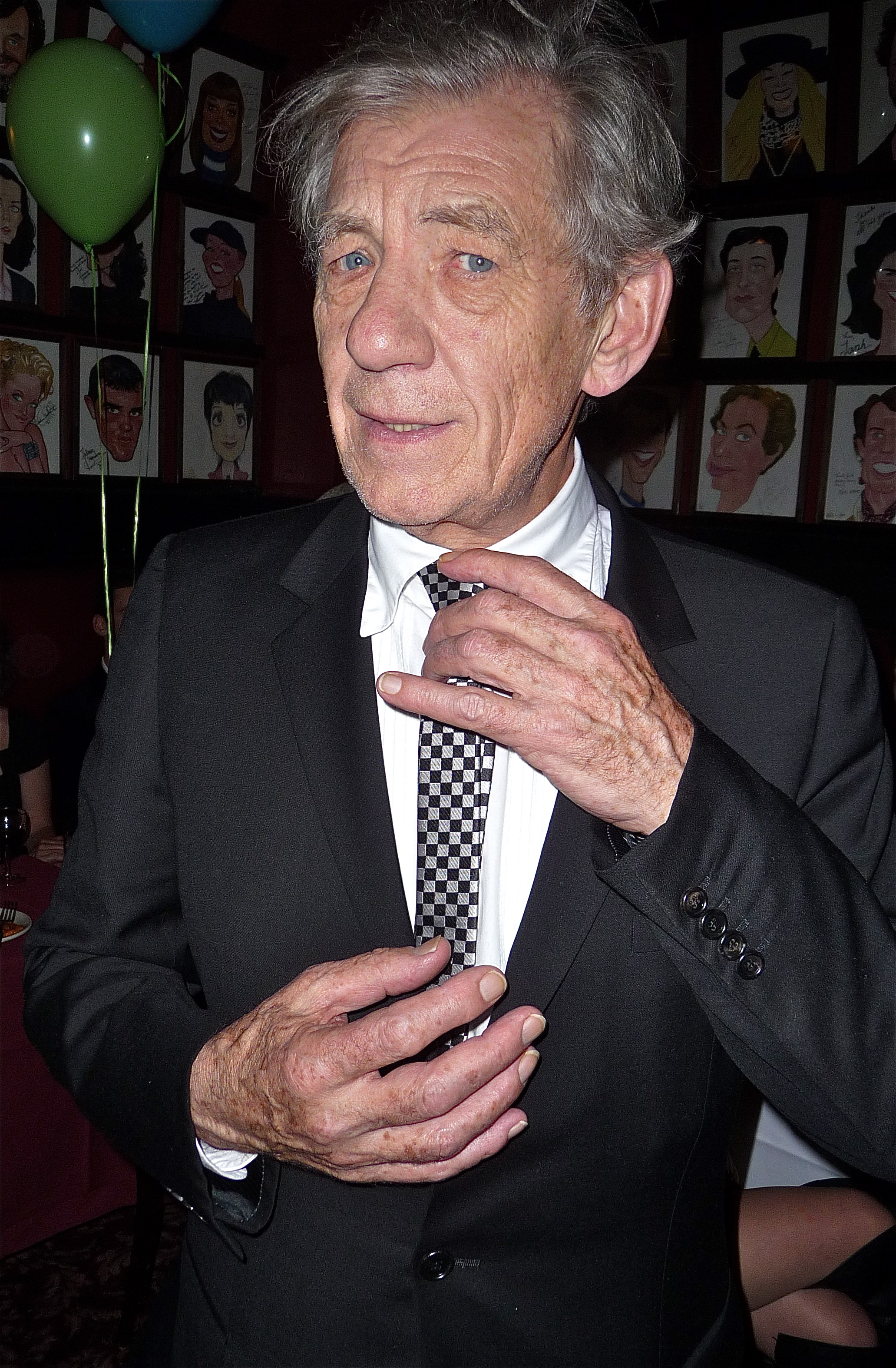 Sir Ian McKellen, once and always Gandalf from “Lord of the Rings” hosted the annual Only Make Believe benefit last night at the Shubert Theater.

Later, at Sardi’s, he told me still has no contract for “The Hobbit.” The Peter Jackson directed movie should start sometime this winter.

“I haven’t heard anything,” he said, reiterating his situation from a month ago, when I ran into him in London. But: “Peter and I have been talking. And I know the picture has just been greenlit. So we’ll see.”

McKellen had bigger fish to fry last night, helping out old friend Dena Hammerstein as she raised money for this foundation. Only Make Believe brings theater to sick children all over the country. Last night, the casts of “Billy Elliot” and “Memphis” were among those who performed and helped raise funds.

At Sardi’s we also ran into Dena’s son, Simon, proprietor of the famed and risque New York nightclub, The Box. (Just to explain: Dena is the widow of James Hammerstein, youngest son of Oscar Hammerstein II, the famed Broadway composer.) It was a family affair: Simon even brought some of the folks from the Box, who were having a night off.

And Sardi’s? Still going strong after all these years. The place was packed, and tickets were not checked carefully. A couple of the usual Broadway crashers made it inside. And really, watching them, you wish Robert Altman were still alive. They are like extras from his movies, skulking around, grabbing food off trays. One of them even asked a waiter when dessert was being served. Hilarious!