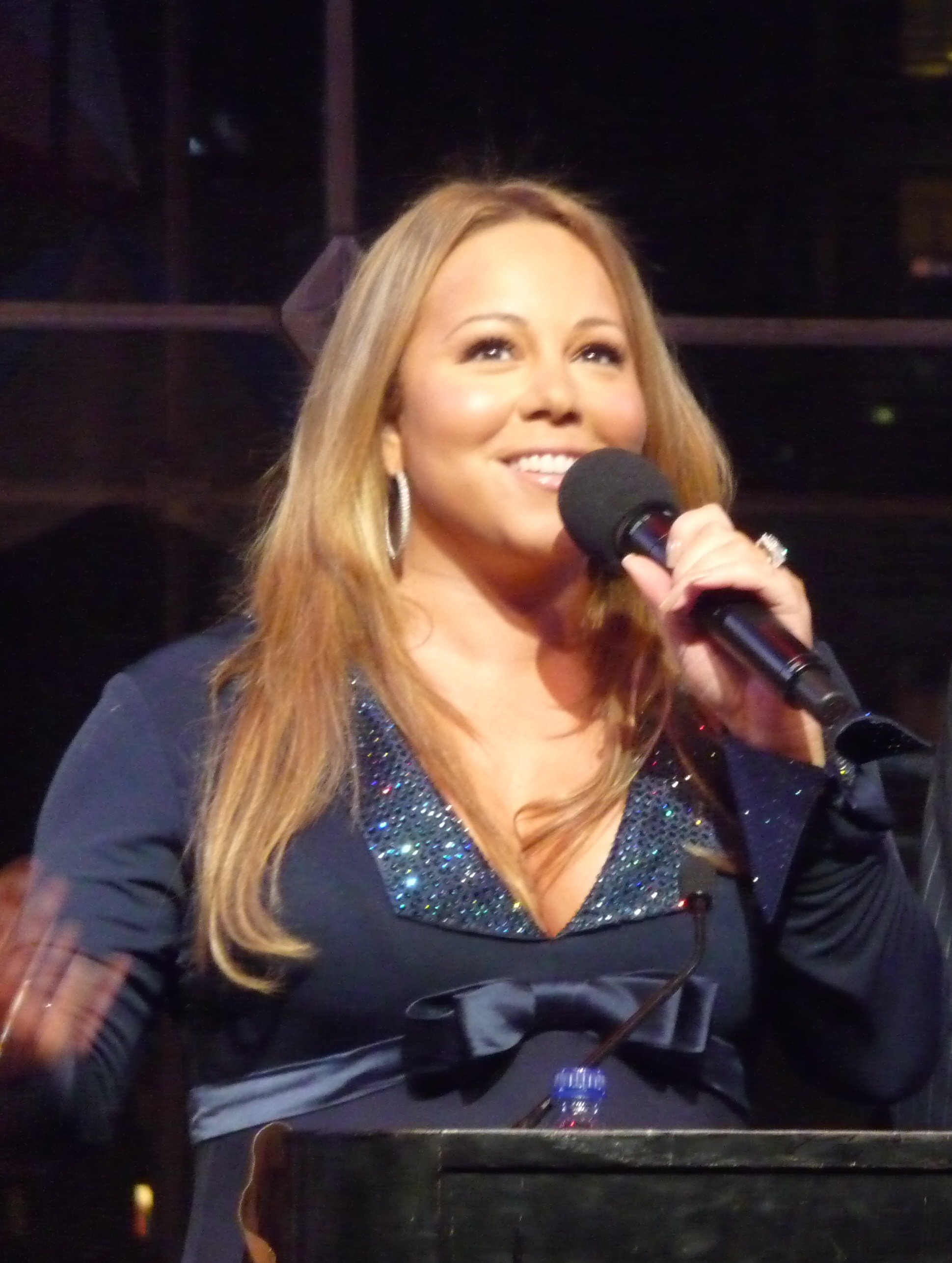 Carey also –even though she made no announcement–showed off her pretty obvious pregnant self. She glowed as she took the stage in a kind of black teddy design of a maternity dress. Then she brought out husband Nick Cannon and he glowed. Photographers took pictures and didn’t need flash. It came from the couple.

Island Def Jam’s L.A. Reid introduced the album, “Merry Christmas II You,” which is “available” on November 2nd. (He noted that you can’t say “in stores” anymore since there aren’t many.) Reid kicked off the listening session before Carey arrived since she was late–let’s face it, she’s always late and everyone knows it. But by the time he finished playing several tracks, Mariah and Nick had arrived and all was good.

In the audience: Marc Shaiman, the great Broadway composer, who helped give Mariah arrangements, orchestrations, and new songs that make her notable eight octave voice sound terrific. Also on hand: Gayle King, and Mariah’s phalanx of agents and lawyers.

On stage, Mariah joked about working long hours, and gave thanks to missing producer Randy Jackson.”He’s off working on some show,” she joked about “American Idol.”

And about the album: those who counted Mariah out after the disappointing sales of her last CD, guess what? She’s back. From the

Phil Spectorish remake of her classic holiday song “All I Want for Christmas Is You” to Shaiman’s lush, gorgeous “Christmas Time is in the Air,” Mariah nails the whole thing. Her voice has never sounded better. There’s a nod to A Charlie Brown Christmas with a sample of Vince Guaraldi‘s Peanuts music mashed up with “Christmas Time is Here.” I loved the funky R&B version of “Here Comes Santa Claus” mixed up with a Chic sample courtesy of Nile Rodgers.

As for the big ‘white elephant’ in the room: as Mariah conveyed to this column several weeks ago, she’s superstitious about discussing the pregnancy. That’s fine. You can tell how happy she is! Meanwhile, she’s doing a Christmas TV special on December 12th–and there will be no denying it then.