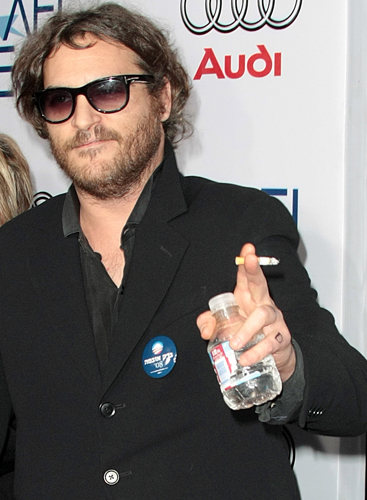 Joaquin Phoenix is returning to films. I told you that last March. http://tinyurl.com/24cxujb

But he’s not at the Toronto Film Festival, even though the documentary he made with brother in law Casey Affleck, called “I’m Still Here.” is debuting tonight.

Everyone who’s seen the doc seems to dislike it, anyway. Joaquin did publicity at the Venice Film Festival, and that’s enough.

What about the fake Joaquin who’s doing publicity in Toronto? Phoenix’s publicist, Sue Patricola, tells me “I know as much as you do.” She has nothing to do with it, neither does her client. Patricola’s not even going to the screening. She’s in town with Jeremy Renner, for Ben Affleck’s “The Town.”

I think Joaquin and Casey had some fun putting everyone on. It’s harmless. And still it generates headlines. That’s the funniest part.