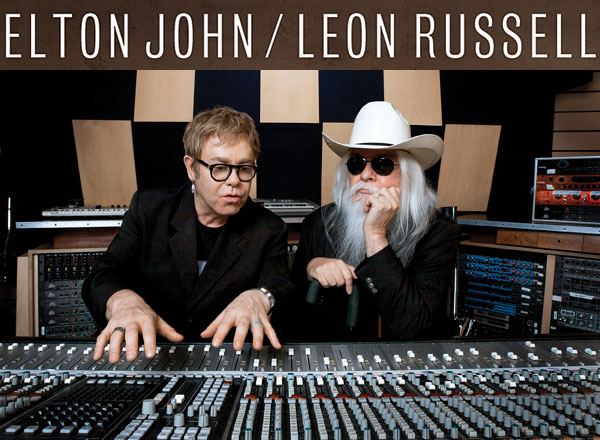 You may wonder, what happened to our “friends” at the Rock and Roll Hall of Fame?

They’re meeting on September 13th to have the annual fight over who will get onto the ballot and who won’t. As usual, it will be a slugfest between Jann Wenner‘s minions and the few independent voices left on the nominating committee.

I’m told that Leon Russell‘s chances have gotten a lot better since Elton John made an album with him and went on tour together. Elton has petitioned everyone on the nominating committee for Russell. His induction is long overdue. Russell is not only a seminal influence as a rocker, but he wrote some of the best pop songs ever including “A Song for You” and “This Masquerade.”

But that leaves a lot of question marks. Sting is eligible this year as a solo artist. He’s had had too many hits and influenced so much of the music business that he’s the only cinch.

From there things look bleak. Wenner and company have made a point of skipping over some key people from the late 70s to the mid 80s. Cyndi Lauper should be in. The Cars have been overlooked. Dire Straits and Mark Knopfler, as well.

Then there’s the holdovers from the 70s. Wenner bears everyone a grudge for something, so this group is hard to navigate. Chicago, Hall & Oates, Carly Simon, Linda Ronstadt, The Moody Blues and Todd Rundgren are on that list.

Going backwards, there are a whole roster of important musicians and stars, many of whom are now gone including Billy Preston and Mary Wells.  Dionne Warwick, Chuck Wills, Chubby Checker. and so on. And let’s not forget Neil Diamond and Neil Sedaka.

Or, of course, the nominating committee can choose from a list of one hit wonders who first released albums in 1985. We love ’em but still: Fine Young Cannibals, til Tuesday, and Simply Red. If they’re not available, Pet Shop Boys are ready and waiting from last year.