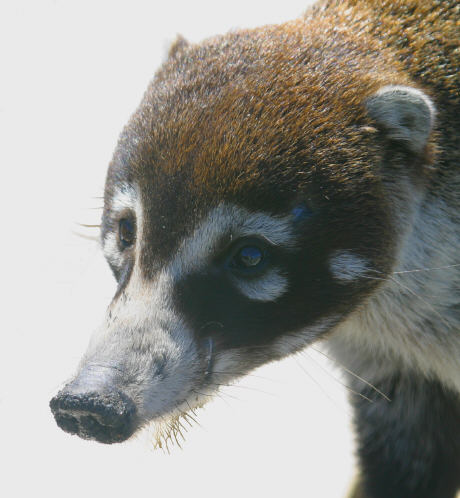 Like they say about The Masters golf tournament, the annual L.A. bash Bob Merlis and Linda Keeler throws in August for a visiting New York music journalist friend is a tradition unlike any other.
This year’s event (hereinafter referred to as “the Rock Party”) brought 90 or so friends to Merlis’s “Gower Tower” domicile in Larchmont, including most of John Mellencamp’s band—Mellencamp being a client of legendary music business publicist Merlis’s Merlis For Hire p.r. firm. The band was in town to back Mellencamp on a series of dates relating to his just-released “No Better Than This” (an album of vintage blues productions of original material), including a full week on Tavis Smiley, a performance/interview at the Grammy Museum, and a concert at Ontario’s Citizens Bank Arena–part of his current tour with Bob Dylan.
Mellencamp’s manager Randy Hoffman showed, and promply huddled with ever-wonderful former client Coati Mundi. Mundi, of course, was August Darnell’s longtime sidekick in Kid Creole & The Coconuts, which was managed by Tommy Mottola’s Champion Entertainment.
“He handled all the legwork,” said Mundi of Hoffman. “I hadn’t seen him probably since 1986 and spent an hour talking about old times. It could have been three days!” Mundi, incidentally, has a new album, “Dancing For The Cabana Code In The Land Of Boo-Hoo,” due in October.
Other artists making the Rock Party scene included the renowned Barry Goldberg, who formed the Electric Flag with Mike Bloomfield and played keyboards in the electric band at Dylan’s historic 1965 Newport Folk Festival gig, and Marcy Levy, who co-wrote “Lay Down Sally” when she played with Eric Clapton and has recently performed with Goldberg in the Chicago Blues Reunion shows also starring Corky Siegel, Harvey Mandel, Sam Lay and Nick Gravenites.
Topnotch saloon singer Eddie Wakes was there with manager Joe Regis. Mela Lee of L.A. pop group Magnolia Memoir (she also does voiceovers for animation, TV and film including the upcoming animated feature “Alpha And Omega”) was there with bandmates; none other than Andrae Crouch has observed of Lee, “She has the voice of an angel and can break the heart of heaven.”
Voice of SpongeBob SquarePants Tom Kenny was there, too, as was his SpongeBob and the Hi-Seas band member Jillinda Palmer, who also sings with fab girl group The Damselles, who performed songs like “He’s A Rebel” out in the Gower Tower’s backyard. Authors in the audience included TV writer (“Star Trek: Deep Space Nine”), whose “The Horror! The Horror! Comic Books the Government Didn’t Want You to Read!” Is forthcoming, and Dan Epstein, whose “Big Hair And Plastic Grass: A Funky Ride Through Baseball And America In The Swinging ’70s,” is just out.
Photographer Lisa Johnson, who has a book of “celebrity guitar” photos in the works, was seen hondling Richard Thompson’s manager Tim Bernett in the hopes of getting a shot of a Thompson guitar.
Music media luminaries Edna Gundersen, Dave Schulps, Denise Quan, Art Fein and Gene Sculatti were in attendance; so was Alexey Kachalin, recently relocated (from New York) senior correspondent for Russian news agency ITAR-TASS.
Music producer George Drakoulias (Jayhawks, Black Crowes) was there, as was Emmy-winning TV producer George Merlis (Bob’s brother) and Oscar-nominated (“Moulin Rouge!”) producer Fred Baron. Documentarian Michael Rose (“Elvis: Return to Tupelo”) said that he’s working on a non-music doc, “The Trial of Henry Ford.”
“It’s an important story that on one level is about Anti-semitism but on another level it’s about what happens when ignorance is seen as a virtue and economic success is seen as wisdom and a qualification for leadership,” said Rose.
Of course there were plenty of music business veterans including Ed Eckstine, Harold Bronson, Jeff Gold, Joe McEwen, Tom Vickers, Mike Sigman, Andy McKaie, Andy Frances and Sujata Murthy.
Staying to the end was Rock Party first timer Peter Himmelman, a Minnesotan who went back at least 30 years with the visiting journalist (a Wisconsin native). Al Wolovitch, who played bass in Himmelman’s seminal Minneapolis Sussman-Lawrence Band (it later became the Peter Himmelman Band), was there (he also lives in L.A. now, and is a composer with the Asche & Spencer Music production firm that’s scoring the upcoming Marc Forster-directed actioner “Machine Gun Preacher’ with Gerard Butler and Michelle Monaghan), as was singer-songwriter Kristin Mooney, who has also worked with Himmelman for many years and now works solo and with fellow singer-songwriter Claire Holley.
“Mandolin Man” Marvin Etzioni held out at the Himmelman table, too. The former Lone Justice member knew Mooney from their participation in the “Return to Sin City—A Tribute to Gram Parsons” DVD, also starring the likes of Keith Richards, Norah Jones and Steve Earle. Mitch Kaplan and Beth Lapides were also stragglers: Longtime music director for Sandra Bernhard (she graced the Rock Party last year), Kaplan also works with “Un-Cabaret” creator Lapides in her current “100% Happy 88% of the Time” multi-media mash-up of music, musing and (says the Web site) “metaphysical magic.”
The phenomenal Himmelman, incidentally, has a new album, “The Mystery And The Hum,” out Sept. 14. He was preparing to host drummer extraordinaire Jim Keltner on his online live music variety “Peter Himmelman’s Furious World.”
Keltner, along with music business veteran Howie Klein, had been spotted the night before at the Grand Performances concert at California Plaza featuring Malian band Bassekou Kouyate & Ngoni Ba and L.A.’s own American/Cambodian ‘60s rock hybrid Dengue Fever. The heart of downtown L.A. setting was sort of a mini Lincoln Center Outdoors, but these remarkable bands should be able to fill the Hollywood Bowl if given a chance for exposure by a major media outlet.
Keltner was especially moved to see fellow live music lovers willing to brave a beautiful Friday night in downtown L.A. in search and support of great world/local music that if only others knew about….