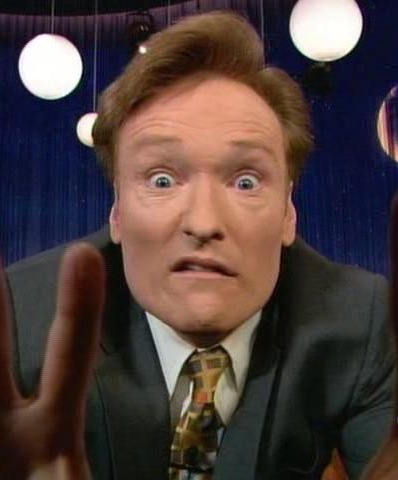 The 2010 Emmy Award nominations are out. And guess what? Conan O’Brien‘s short lived version of “The Tonight Show” got several nods including Best Variety series, and writing and directing mentions. But Jay Leno–in two shows– and Dave Letterman–got pretty much zilch.

Leno’s “Jay Leno Show” and his “Tonight Show” were omitted. And Letterman’s late night show got only directing nominations. The nominees for Outstanding Variety series were for Conan, the Daily Show, the Colbert Report, Bill Maher, Saturday Night Live. The Letterman people must be incensed. One can only wonder if Dave’s private life problems seeping into the show didn’t somehow affect what happened here.

For O’Brien the nominations, and the obliteration of Leno, have to be sweet revenge. Also the Emmy telecast is on NBC this year, on August 29th. Imagine if O’Brien wins–just the thought of it is too tantalizing.

Other Emmy nominations — there are zillions of them–went to a host of deserving people including this year’s IT girl, Betty White, as well as Mary Kay Place, Bobby Morse (Mad Men),  and Matthew Fox (Lost), plus two for Jon Hamm (Mad Men and 30 Rock), Peggy and Joan from Mad Men–Elizabeth Moss and Christina Hendricks, 93 year old Eli Wallach (please–he should win!) and of course a raft of nominations for 30 Rock and Glee.

Plus–HBO got over 100 nominations. Is that possible? Well, they have True Blood, Al Pacino in the Kevorkian movie with that entire cast, The Pacific, etc. Showtime also did well with Nurse Jackie.