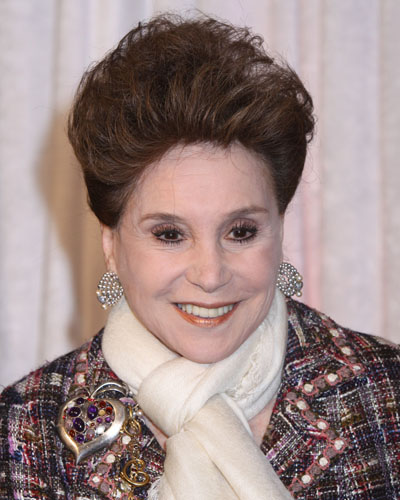 Only in New York, kids: a famous gossip columnist disappears and no one is asking questions.

Cindy Adams last filed a column for the New York Post on May 20th. A few days later, Page Six said she was in the hospital for anemia.

Well, it’s June 10th, and there’s no sign of Cindy. Her assistant, in fact, says she’s still in the hospital. “She was very run down” is the explanation.

The assistant also claims that no one knows which hospital Adams is in. Hello? If a publicist told Cindy that about a star, Adams would have the whole town turned upside down. We’re not going to do that, although we did check a few places to be sure. She’s not at Lenox Hill.

Cindy, if you’re reading this, we miss you! Tell us where you are, we’ll send flowers! And candy!

One thing: Cindy’s planned one woman show for Broadway is sure to be delayed. Since it’s written, and sure to be funny, I think her producers should hire a gifted comic actress and put it on anyway. Did I hear anyone say Bette Midler?

Is there a mystery here, aside from Cindy’s age? (I know it, but I’m not saying.) There’s one: I didn’t realize that many years ago Cindy and her late husband, the great comic Joey Adams, embraced Christian Science. They were both born Jewish. Also, Cindy took amazing care of both her mother and Joey in their later years. So I doubt Cindy Adams is eschewing proper doctors’ care. Even Mary Baker Eddy must have liked a cough drop.

So the search teams are on their way. The Tony Awards are on Sunday and it’s hard to imagine Cindy, in a brightly colored designer jacket with her hair piled high, not standing in the Number 1 position on the red carpet, asking questions, taking notes, getting a bunch of quotes to sprinkle through the next several columns. Cindy, if you don’t get back here in a hurry, I’m going to start telling your real story! And it’s a doozy.