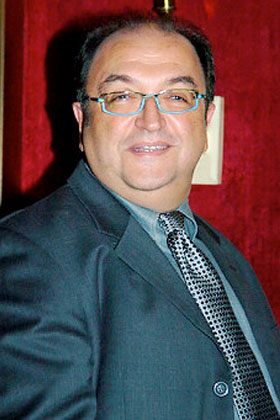 I realize that I can no longer hold out. So I am making this announcement today.

Because of the enormous success of “Avatar,” and because the last two “Harry Potter” movies are going to be filmed similarly, I’ve decided to appear only in 3D from now on.

This decision first occurred to me while I was watching Barbra Streisand being filmed by Paul Haggis during the recording of “We Are the World.” Barbra, someone said, is in 3D! She’s never done that before.

Of course, the person who said this was young and didn’t realize that Streisand had groundbreakingly been in 3D a lot before, for all of her 67 years. She just hadn’t announced it. And of course, she didn’t go in public much. I’d seen her at a party with a lot of movie stars just a few weeks earlier. All of those stars were 3D as well, including Elton John, Shirley MacLaine, and Joan Collins.

They just hadn’t mentioned it to anyone.

At the “We Are the World” taping, Barbra said aloud, “I wonder how my nose will look in 3D.” But of course her nose had always been in 3D. Again, no one had brought it up. But you could walk up to it, touch it, walk around it. It felt like her nose was right there with you! When she sneezed, you felt like offering a hanky. This was before even “Yentl,” dating all the way back to “The Ed Sullivan Show.”

How will I maintain my new 3D disposition? For one thing, I will always be seen with objects around me at various distances. Thus, I will have depth. Not the kind of depth of a deep thinker, but a sense of depth around me, to my sides, in front and behind, above and below. People will feel as they get near me, I feel like I could stick my hand out and touch him.

Another good thing about my plan: My technicians have worked so hard on new discoveries that special glasses needn’t be worn to see me in 3D. If one wants, you may wear glasses, in particular sunglasses and hopefully expensive ones. I like Prada, Gucci and Chanel. But unlike with other kinds of 3D attractions, no spectacles will be necessary. You’ll be able to see me in 3D by the naked eye.

I am not an inventor. I liken my announcement to when’ Madonna put out a record called “Vogue” five years after people started Vogueing in discos. But she synthesized the phenomenon. That’s what I am hoping to do with my decision to go 3D. Some people may not believe me at first. That’s why I will carry’a water pistol with me. And maybe a joy buzzer.