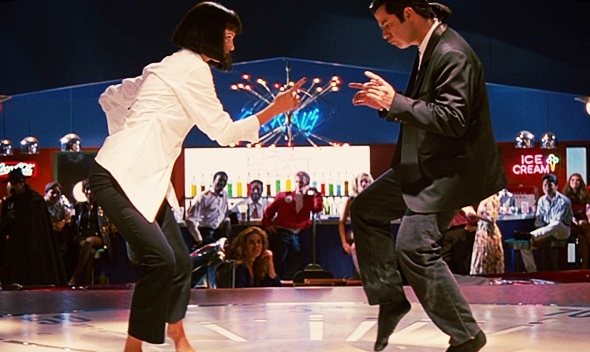 The new single from Fall out Boy is called “Uma Thurman.” It’s about dancing like Uma Thurman in “Pulp Fiction.” Strangely, FOB has included as its hook the hook from The Munsters TV show, written by Jack Marshall. I hope Marshall or his estate is getting a healthy sampling fee. I don’t know why FOB used The Munsters music as the song Uma and John Travolta danced to Chuck Berry’s “C’est La Vie (You Never Can Tell).” But it’s hard to get a hit these days. Maybe when they make the video Uma can play Marilyn Munster.

Not a lot of pop songs are named for people. There was a “Barbra Streisand” disco song. And Madness had a song called “Michael Caine.” Chester French had a record called “Bebe Buell” and of course there was “Jackie Onassis.” If you know more, tweet me @Showbiz411.