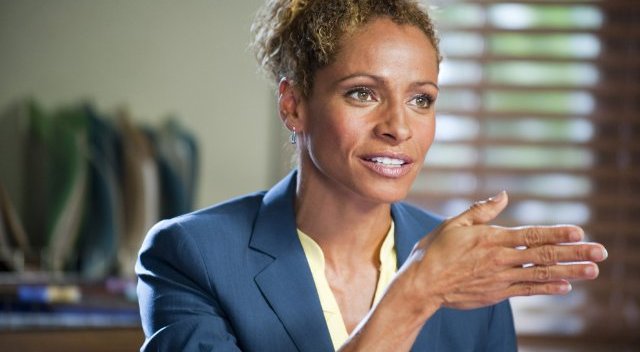 Michelle Hurd is a terrific actress who’s appeared as a series regular on “Law & Order SVU,” “90210,” “Gossip Girl,” among other shows. She posted this on Facebook last night. I hesitated to re-post it without her permission, but the story has traveled now. It’s brave of her, like all the other women, to tell the story at all.

LOOK, I wasn’t going to say anything, but I can’t believe some of the things i’ve been reading, SO here is MY personal experience:
I did stand-in work on The Cosby show back in the day and YES, Bill Cosby was VERY inappropriate with me. It started innocently, lunch in his dressing room, daily, then onto weird acting exercises were he would move his hands up and down my body, (can’t believe I fell for that) I was instructed to NEVER tell anyone what we did together, (he said other actors would become jealous) and then fortunately, I dodged the ultimate bullet with him when he asked me to come to his house, take a shower so we could blow dry my hair and see what it looked like straightened. At that point my own red flags went off and I told him,
“No, I’ll just come to work tomorrow with my hair straightened”.
I then started to take notice and found another actress, a stand-in as well, and we started talking….. A LOT …. turns out he was doing the same thing to her, almost by the numbers, BUT, she did go to his house and because I will not name her, and it is her story to tell, all I’ll say is she awoke, after being drugged, vomited, and then Cosby told her there’s a cab waiting for you outside.

I have ABSOLUTELY no reason to lie or make up this up!
Anyone that knows me, knows that!

Now you have a first hand account of my experience with Mr. Cosby.

check out today’s headlines including coming reviews of American Sniper and Into the Woods, two big holiday movies