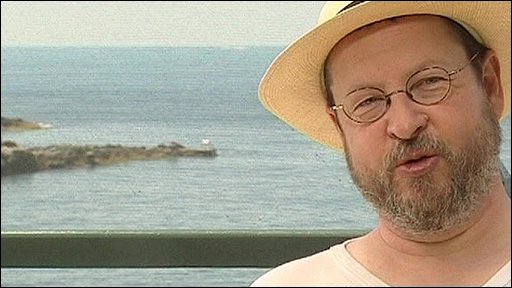 “Melancholia” director Lars von Trier is still dealing with the fallout from his crazy comments in Cannes about being a Nazi. The whole thing has become incredibly strange, too. But it shows how a slip of the tongue in the era of instant global communication can change your life. When von Trier said, “I am a Nazi” and that he sympathized with Hitler, the word went out on Twitter in one second. And in many languages. He was denounced by the film festival, and made “persona non grata.” It’s too bad. “Melancholia” is an excellent film, and Kirsten Dunst is terrific in it. Here’s von Trier’s latest missive, delivered this morning:

‘In connection with the Iranian Vice Minister of Culture Javad Shamaqdari’s letter to the Cannes Film Festival regarding the “Persona non grata” stamping of my personality, I feel called to make the following comment:

In my opinion, freedom of speech, in all its shapes, is part of the basic human rights.  However, my comments during the festival’s press conference were unintelligent, ambiguous and needlessly hurtful.

My intended point was that the potential for extreme cruelty, or the opposite, lies within every human being, whatever nationality, ethnicity, rank or religion.  If we only explain historical disasters with the cruelty of individuals we destroy the possibility  of understanding the human mechanisms, which in turn are necessary in order to avoid any future crimes against humanity.”

Maybe it’s a language thing, but I don’t get the “ambiguous” part. von Trier’s statement was quite clear. What a mess. An actual apology would end this. Instead, he’s focused on “freedom of speech.” This is never going to end.

By the way. I read yesterday that von Trier’s producer said he was “provoked” to make the comments. This is patently ludicrous. von Trier was very loose and funny in the press conference, and had only softball questions. He was so full of quips and odd comments that I actually asked him whether he ever considered directing a comedy. It was shortly after that that things took a dark turn.