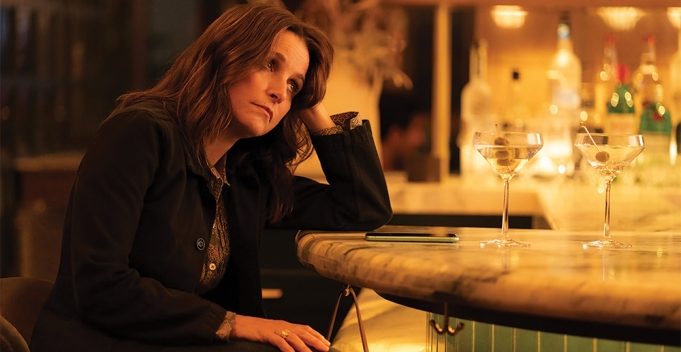 Nicole Holofcener is back. Thank god. Long ago she inherited the Woody Allen gene and mixed with Nora Ephron and Nancy Meyers. But Holofcener is her own person, and “You Hurt My Feelings,” her latest gem, is like a great New Yorker short story on film. It’s so good that I could actually see it on stage after its theatrical run.

It doesn’t hurt that Julia Louis Dreyfus is her star here, playing Beth, a mildly successful and neurotic Upper West Side writer. Beth is in a long marriage with Don, a shrink (Tobias Menzies), and they have one 23 year old son (Owen Teague). Their closest friends are Beth’s interior decorator sister (Michaela Watkins) and her actor husband (Arian Moayed). They are all living a very well constructed, much traveled middle class journey, it’s like an old dream come true.

But there’s so much more to the story here, and the theme are relatable to everyone. Packed into a concise hour and a half, all of these people’s issues have to do with our own insecurities and trust issues, the doubts that gnaw at us about our own lives and what they mean going forward. Even though the actors’ ages are all over the map, the characters are supposed to be about 50-55. This is the their group mid life crisis, and even though it looks like it could be explosive, Holofcener’s ear is acute and her sense of humor so rye, that the subtleties of the situations are a long math problem on a blackboard that has an answer, only you can’t see it until the end.

Holofcener’s ear is precise, just as in her previous films like the terrific “Enough Said,” “Please Give,” and earlier hits Lovely and Amazing, and Walking and Talking. Let’s not forget the tremendous screenplay for “Can You Forgive Me?” She gets certain nuances like Laurie Colwin or Ann Beattie. You savor them as they unfurl.

Julia Louis Dreyfus, who we know so well from “Seinfeld” and “Veep,” is so good all the time, but here she’s richer and even more dimensional. Her eyes have taken on a wise gaze. I always like Michaela Watkins and her she doesn’t fail to make her sounding board for Beth more than than just that. Then men are very good, too. Moayed’s actor has nice little insider digs, and Menzies — who we knew as Prince Philip in “The Crown” — gets to have some extra fun with patients played by real life married couple David Cross and Amber Tamblyn.

I stayed up late last night to watch “You Hurt My Feelings” after going through torture with Jonathan Majors in a another Sundance film, “Magazine Dreams.” I wanted to make sure I didn’t have nightmares. Suffice to say, Holofcener’s film did the trick, I slept better than I have in weeks. My soul felt nourished.