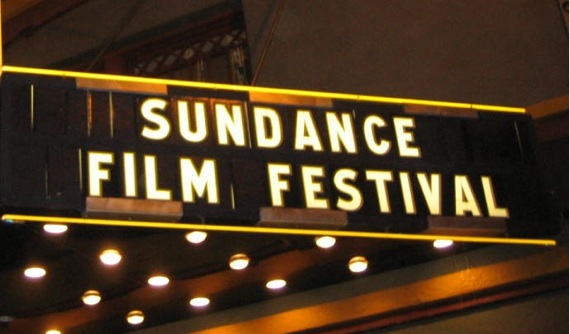 I think we all wondered what was next for Daisy Ridley. She burst on the scene as Rey, the heroine of the final three “Star Wars” movies. Smart and beautiful, yes. But what about acting?

Now we know thanks to a quirky little character study that’s playing at the Sundance Film Festival. “Sometimes I Think About Dying” takes place in a small, unattractive town on the Oregon coast. Fran works in an office much like “The Office.” She’s like the Ellie Kemper character, only deeply depressed. Everyone around her is having fun just living. But Fran is nearly comatose. She comes and goes from her apartment and has no discernible life.

Into the office comes Robert, who’s loud, gregarious, twice divorced, a total opposite played by Canadian actor Dave Merheje. But he likes Fran right away, and tries to draw her out. Will it work? Yes we’ve seen this kind of thing before, but it’s all in the execution. Director Rachel Lambert does a lovely job fleshing out the characters, and the production benefits from stunning cinematography by Dustin Lane. (I want a print of the darkened boats in the marina– gorgeous.)

In the first 15 minutes sometimes I felt like dying, the movie is so slow to establish a pace for Fran. But hang in there– the pay offs come, and they’re worth it. If the Spirit Awards really existed, this would be a perfect film for them to celebrate. Let’s hope this fares better than “To Leslie,” this year’s slip through the crack indie film.