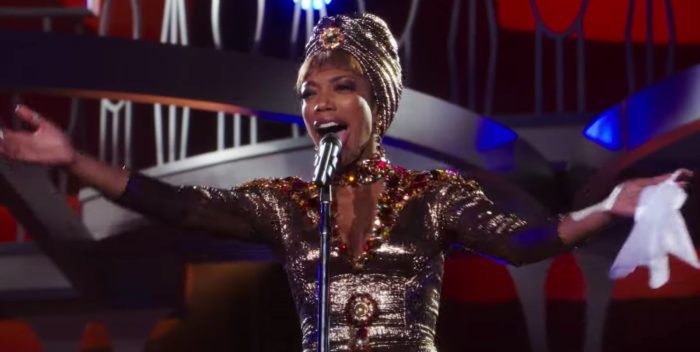 When I saw the Whitney Houston biopic last week, I really liked it and said so.

Since then, both of the Hollywood trades — Variety and the Hollywood Reporter — agreed with me. So did a lot of major critics around the country, from places like the Chicago Tribune, the Wall Street Journal, The Boston Globe, and Rolling Stone. Not bad!

“I Wanna Dance” also scored last night with the public. Fifty five reviews were published by civilian reviewers on Rotten Tomatoes. The Kasi Lemmons movie scored a 95% with them! People love this movie.

Naomi Ackie is wonderful as Whitney, plus two performances– Tamara Tunie as Whitney’s famous mom, Cissy Houston, and Clarke Peters as her dad, John Houston — are impeccable. Stanley Tucci is a stand out as Clive Davis. It’s kind of eerie how good he is!

How many times can you see “Avatar”? It’s an animated movie! The people in Whitney are actually very animated! You will love them.

And yes Naomi does a little of her own singing, but it’s mostly Whitney. The production used rare, live performances that will have you singing along!