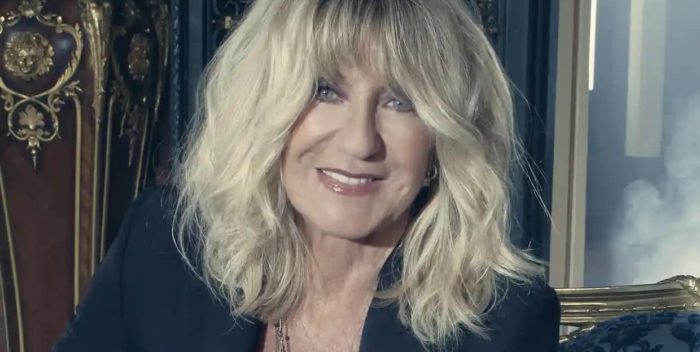 Fleetwood Mac’s Christine McVie has passed away at age 79. The news is heartbreaking because was literally the heart and soul of the group.

An announcement only says she died in hospital from a short illness. Family and friends were with her.

Christine and husband John McVie were part of the original Mac with Mick Fleetwood. They long predate Stevie Nicks and Lindsey Buckingham. They fell apart as a couple when the band hit it big in 1976 with the Fleetwood Mac album but they remained friends.

Christine wrote the band’s signature hit, “Don’t Stop,” as well my some of my own favorite songs like “Over My Head” and “Heroes Are Hard to Find.” She wrote most of the “Fleetwood Mac” and “Rumours” albums, putting the band on track for its most successful and beloved songs. Her other hits include “Everywhere,” which has been on the charts for months after it was included in a commercial, as well as “Little Lies,” “Hold Me,” and “You Make Loving Fun.”

Christine Perfect joined Fleetwood Mac with the band’s second album. She married John McVie in 1968. They divorced in 1976. She had a famous affair with Dennis Wilson of the Beach Boys, and several other high profile relationships. From 1986 to 2003 she was married to Portuguese keyboardist and songwriter Eddy Quintela.

All the crazy relationship stuff aside, Christine had a beautifully moderating honey coated voice that was juxtaposed over her keen melodies, and they were always countered by strong guitar solos. She was my favorite Mac, and maybe yours, too. This is sad, sad news.