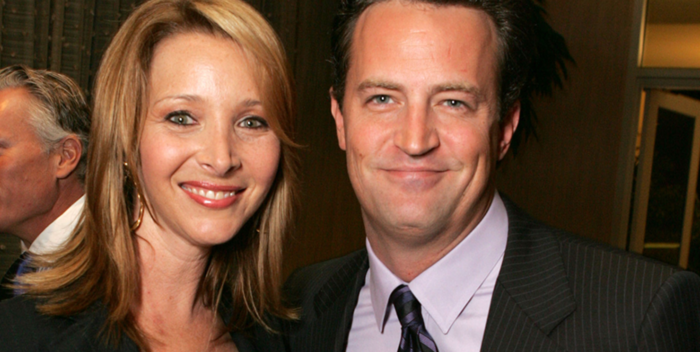 (EXCLUSIVE) This is weird: in most non fiction books with forewords written by celebrities, the copyright for the whole book goes to the author. Just as examples, Viola Davis wrote the foreword to Cicely Tyson‘s memoir, but got no separate copyright. This is common practice.

So I was a little surprised when I noticed Matthew Perry‘s “Friends, Lovers, and the Big Terrible Thing” is copyrighted not just to him. Another “Friends” star, Lisa Kudrow, wrote the foreword. And she has her own copyright listed under Perry’s.

This is very odd, although sometimes it does happen. Just, not that often.

Kudrow is a strange choice even to write a foreword for Perry’s book. You’d immediately think of Matt LeBlanc, who played Joey on the show and was in almsot every scene with Perry. Or perhaps Jennifer Aniston, whom Perry credits with being concerned about his health when he was a raging addict.

Kudrow, who played Phoebe, is not many scenes exclusively with Perry. She concedes in the foreword that they have not been in close touch over the years:

“After Friends I didn’t see Matthew every day, and I couldn’t even hazard a guess with regard to his well-being. This book is the first time I’m hearing what living with and surviving his addiction really was. Matthew has told me some things, but not in this kind of detail. He’s now letting us into Matthew’s head and heart in honest and very exposed detail. And finally, no one needs to ask me or anyone else how Matthew’s doing. He’s letting you know himself. He has survived impossible odds, but I had no idea how many times he almost didn’t make it. I’m glad you’re here, Matty. Good for you. I love you.“

Kudrow is a big star, you might say, so she deserves to own her own material. And her name is on the cover, which helps sell books. (“Friends, Lovers” is the number 1 non fiction hardcover on amazon.com.) But I just looked at a memoir by film critic Jeffrey Lyons and his foreword by Liam Neeson, an Oscar nominated international movie star, has no such thing. The book is just copyrighted to Lyons.

Another example: Rolling Stone Keith Richards contributed a foreword to the reissue of his late friend Ronnie Spector‘s memoir, “Be My Baby.” No mention of him on the copyright page, and he’s Keith Freaking Richards! (Keef’s name is on the cover, too.)

So, a little strange. And maybe a little telling about the real relationships among the “Friends.”