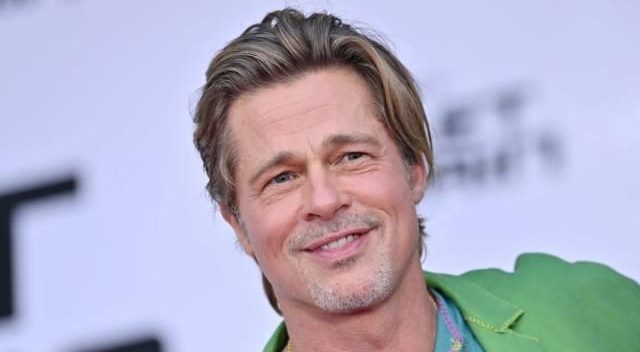 EXCLUSIVE: The word from the south of France is that Oscar winning actor and Hollywood heartthrob Brad Pitt is about to take on brands like Estee Lauder and high end cosmetic companies like Le Mer.

Pitt was spotted, according to sources, visiting his Chateau Miraval winery recently in the south of France. But it wasn’t just to go on a degustation (a wine sampling).

I’m told Pitt is getting into the lucrative skin care business. Sources say he’s going to launch a line of skin creams and essential oils under the brand Le Domaine. The creams will come from the grapes that aren’t used in making wine. (Brad, you see, would be master of his own domaine!)

Sounds crazy, no? But first of all, a trademark application has been made for the name Le Domaine this past July. The application was made in Orange, France for “cosmetic products; Care and beauty products for the face and body; Hair care products; Make-up products; Essential oils.”

Second, and I sure didn’t know this, grapes are a major force in skincare. (Considering how many overly suntanned people look like raisins, I’m surprised!) But according to one skin care site: Grapes are known to improve skin elasticity and improve blood circulation, which keeps skin looking healthy and young. The antioxidants present in grapes help reduce the appearance of dark spots, wrinkles, and other signs of aging. Grapes make a great home remedy for sunburns.

Pitt is 58 years old and looks 20 years younger. He’s considered “the Robert Redford” of our generation. In other words, he looks amazing. He could easily make a fortune from this endeavor if it goes forward.

That the grapes would come from Chateau Miraval is the most intriguing part of the story. Pitt and Angelina Jolie bought the estate in 2008 for $28.4 million, as they say “in happier times.”  They were married there in 2014. Since their breakup the couple has fought over Miraval through the courts. Finally, last year Jolie sold her half to Tenute del Mondo, a subsidiary of Stoli, company that owns Stolichnaya vodka. Stoli, they say, is controlled by Russian oligarch Yuri Shefler. Pitt sued Jolie, claiming that Shefler was in cahoots with Vladimir Putin. Stoli, of course, has denied that.

But Pitt’s biggest argument was that Jolie was supposed to give him right of first refusal in a sale, and did not.

But now it seems like Pitt has decided to make grapejuice from grapes (my spin on lemonade from lemons).

The “Bullet Train” star is already reaping the benefits of being in business at Chateau Miraval with the famous Perrin family, which produces many high quality wines there like Miraval Rose. He’s also reopened the legendary Miraval Recording Studios on the sprawling property.