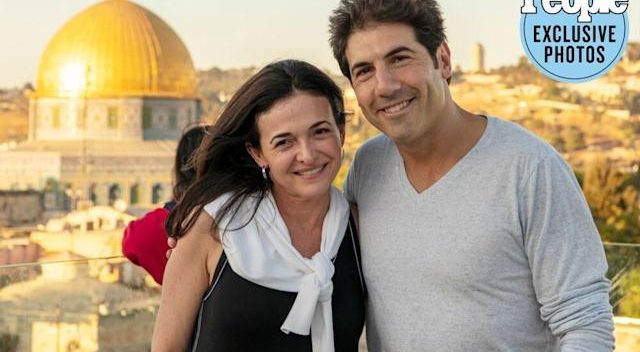 So weird: People magazine doesn’t seem to realize that the man Sheryl Sandberg has married, Tom Bernthal, is the brother of actor Jon Bernthal. (I guarantee you People and other outlets update their stories when they read all this.) They don’t mention it in their big story tonight about the wedding.

Tom Bernthal is Jon’s older brother. They are the sons of retired Washington DC powerhouse lawyer Eric Bernthal (Latham & Watkins law firm, incredibly big time) who is the former Chairman of the Board of The Humane Society of the United States, the largest animal welfare and advocacy organization in the country.

Sheryl, the exiting billionaire COO of Facebook, did ok for herself. Tom Bernthal sounds like a nice guy. He’s a producer and former NBC News producer. He won an Emmy. He’s divorced and three kids.

Jon Bernthal is about to star in the “American Gigolo” TV series. He has a long list of credits including “The Wolf of Wall Street.” Both brothers attended the elite Sidwell Friends School in Potomac, Maryland. He plays rough around the edges characters, but he comes from a hard core top DC family.

Sheryl’s late husband, Dave Goldberg, died suddenly on a family vacation in 2015. He and Sheryl have two kids.