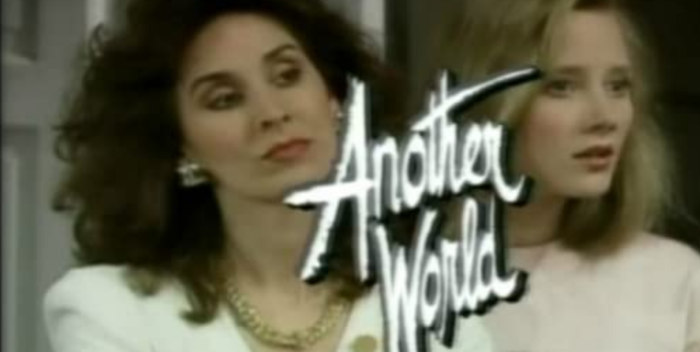 EXCLUSIVE Actress Anna Stuart, a superstar on daytime TV for the last several decades, played Anne Heche‘s mother on the NBC soap opera, Another World, in the early 90s. (Heche played twins, actually, and won an Emmy Award.) The two remained so close that when I ran into Stuart years ago at Heche’s Broadway premiere in “On the Twentieth Century,” she told me, “Anne is like a daughter to me.” I never forgot that.

When Heche had her tragic and still unexplained accident, I immediately contacted Stuart, who was too confused and upset to speak about what was going on. With the space of a few days, she has now graciously agreed. We spoke last night by phone. Stuart was in her upstate New York home, planning to meet her husband, actor James Cromwell, who’s been filming all summer in Los Angeles, for the Emmy Awards.

She told me that on that trip she’d planned to see Heche. They were constantly in touch over the years. Early on Heche had spent a lot of time at Stuart’s home, even after she’d left the soap. “She was closer to me than almost anyone except my husband, my dogs, and my cats,” Stuart said softly.

On “Another World,” Stuart had already played wealthy society heiress Donna Love for several years. At the time Heche debuted, though, Stuart was off the show. “I was in California, they were calling me every three months to come back. They sent me a tape of the new girl playing my daughter, you can see it on YouTube. She’s in a bubble bath. She was very pretty, of course. But you could see she had that energy.”

Stuart had been trumpeted to the just 18 year old Heche as formidable. “She was ready for me,” Anna says. “She wrote a poem to me — this was around the time of Dynasty and the clothes — one line said ‘She wears shoulder pads in her long underwear,'” Stuart laughed. Over the years, they exchanged a lot of poems. “She wrote me wonderful things. How I never failed her. She wrote a wonderful prose poem for [older son] Homer’s 16th birthday. I hope he has it.”

They became close friends right away. Heche liked where Stuart was living enough that she rented a nearby cottage. “We were family,” Stuart says. “She’d bring boyfriends by. I was in her [very small] wedding [to husband Coley Laffoon]. Badgely Mischka asked to dress her. She had two dresses.” Over time, Heche brought both Laffoon and their newborn son, Homer, for visits.

Of the marriage to Laffoon, Stuart says, “Anne marched to her own drummer. I don’t know. They were on two different pages.” She added, not suggesting this had anything to do with Laffoon, “She had a mantra, Truth is my weapon.”

We did talk briefly about Heche’s relationship with Ellen DeGeneres. Stuart says, “I’m not sure she would have gone ahead with it if she’d known the toll it would take on her career.”

Now she tells me a story about Anne’s failed audition for Brian DePalma’s movie, “Carlito’s Way.” “She was supposed to play a stripper, a pole dancer,” Stuart recalls, “Penelope Miller got the part. Al Pacino thought Anne was too young. But still, Heche was all in. Stuart accompanied her to a private men’s club on 8th Avenue. “She took a stiff drink and then she got up and did it. She danced on a pole. And there I was, dressed like her prudish chaperone in my turtleneck. But I was like a mother at a 6 year old’s dance recital. I was so proud of her. And she was good!”

So what happened? Stuart doesn’t know. She hadn’t seen Heche since before the pandemic, but there were many calls and Face Time, birthday greetings last May. “If I’d known she was in so much trouble,” Stuart says. “I needed to see her in person. She was losing her way. There were signs. She lost her balance. She was obviously in a lot of pain. I can’t help anyone reason it out.”

In an earlier email, Stuart summed up her relationship with Heche for me: “Meeting Anne Heche, was like being transported up to the Starship Enterprise into a new galaxy. She was like no one I had ever met. Her sparkle, her enthusiasm, and fierce curiosity, made you want to stand close by, in the hopes that some of it might rub off on you. She affected everyone that way. I saw that magic over and over again.” She adds: “She is truly dancing with the stars.”